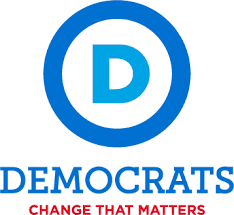 DNC Chair candidate Sally Boynton Brown goes off on a long rant (below) about white privilege at the DNC Chair Candidates Forum (January 23rd, 2017). Her way forward for the Democrats is, “If you’re white, shut the hell up.” I really hope that she is elected DNC Chair. She could do a lot to advance the further destruction of the Party. They need to move further left in the hopes of being the party of grievance rather than the “party of the common man and woman” – which is quickly becoming the party of President Trump.
A Winning Strategy
If I was DNC Chair (and nobody asked me to be – I’m just saying “if”), I’d commission 330 million vagina hats to be knit so every person in America could have one. Children would wear them in school. They’d be a massive hit on college campuses. They’d be worn by cowboys in Texas and Oklahoma, by oil workers in the Dakotas, and by FBI Special Agents as they went about their duties. The military would replace their uniform headgear with them and it would be progressive and glorious. Just think of those votes rolling in…
The Democrat Party through their mouthpieces in the corrupt, smug, progressive, elite mainstream media have been crowing over the past week that Donald Trump was elected president because of RACISM. However, the last time I looked, Hillary Clinton was also white. So if she won, would it have been due to racism?

So I’m announcing here today that I’m starting a new foundation soon, called PUSH-LEFT! The goal is to move the Democrats away from worrying about the black vote, because they’ll lose that when the inner cities are fixed and jobs are restored – and away from the labor unions, which they’re losing anyway.
PUSH LEFT will empower everyone with a grievance, whether it’s to grant Sharia Law to all Muslims in the US, to save whales or to insure that women have the right to kill their unborn children. All I need is YOUR MONEY. Contribute now with a check made payable to me personally. I’ll make all of your progressive dreams come true. Thank you in advance for your generosity.

…and ladies, get your eyes off my package. Look here, up here. I hate to be sexually objectified because I’m a man. 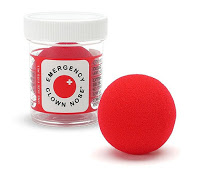 Your gift for contributing $100 is an Emergency Clown nose, to put on whenever you attend a PUSH LEFT rally.
Your gift for contributing $1,000 or more is a pink vagina hat. You need to wear the hat whenever you are in a public place or when watching CNN or MSNBC at home. It shows your support for PUSH LEFT and any one of a number of other progressive causes. 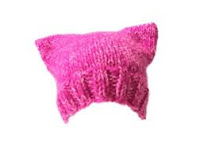 Madonna wore a black pussy hat, which suggests that there is something wrong with her part. I’m not sure what that is and I don’t want to speculate.
DONATE NOW!  DON’T WAIT!