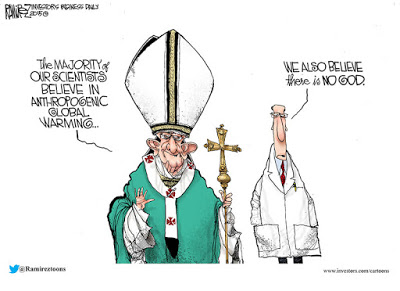 The Pope arrived. I am not following his visit and am not particularly concerned about what he says or doesn’t say.
He’s a Jesuit and I’ve seen the Society of Jesus involved in a lot of sketchy things (mostly outside of the US) during my lifetime of lurking in dark alleys. None of those activities involved God in any way that can rationally be linked.
Thus, when the pontiff says anything, I am automatically thrown back into the mode of questioning his agenda. The Jesuits, as a Catholic order, have a habit of tinkering with things that most people would put outside of the concern of any church. Is Pope Francis (Jorge Mario Bergoglio) different than the rest of his order? If he was, given the nature of Catholic bureaucracy, he would not have risen in the ranks.

Ignatius of Loyola was a Spanish knight from a local Basque noble family, hermit, priest since 1537, and theologian, who founded the Society of Jesus and, on 19 April 1541, became its first Superior General.

I’m not saying that I don’t recognize excellence in the craft of intelligence and skulduggery, practiced since 1541. Tradecraft is tradecraft.  Is that the mission of Christ and Christians? THAT is the question. Most Jesuits that I’ve run into favored the Borgia Dynasty in the Catholic Church as a model of efficiency. You Jesuits out there are free to take issue with my experience of Jesuit gun running, drug running and political brinksmanship — in the name of God.
Xi Jinping, is making his first U.S. state visit since becoming the Chinese president in 2013. Ordinarily I am in favor of meeting and greeting foreign heads of state because there’s usually a lot to discuss. Will President Obama discuss anything that China will respect? I strongly doubt it.
I don’t think that the Pope could teach Xi anything and I don’t think that Xi could educate the Pope. Enough said on that account.

Refugees? The Pope may push for the US to take in more refugees from Muslim nations. I don’t know that he will, but I’m waiting for that.

(Breitbart) Since September 11, 2001, the U.S. has resettled about 1.5 million immigrants from Muslim nations. Some 90 percent receive food stamps, and 70 percent are receiving free healthcare and cash welfare.

Should we take in more? I presume that they also receive free Obamaphones and air time, but don’t know that for sure.