A Message to the Ayatollah 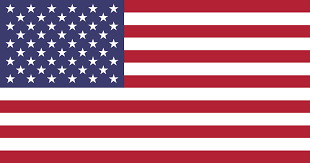 Facebook
Twitter
Pinterest
WhatsApp
THE LATE QASSEM SULEIMANI
Good bye Qassem. I wonder if the lesson will be learned in Iran? Likely not. But the sanctions will continue with more vigor now and the trashed Iranian economy won’t be getting any better. There will be a lot of coverage of reciprocity with the elimination of Qassem Suleimani and his entourage at the Baghdad Airport. Suleimani was a big figure in the world of international terrorism. More here from Foreign Policy.

(NY Times) The commander, Maj. Gen. Qassim Suleimani, who led the powerful Quds Force of the Islamic Revolutionary Guards Corps, was killed along with several officials from Iraqi militias backed by Tehran when an American MQ-9 Reaper drone fired missiles into a convoy that was leaving the airport.

General Suleimani was the architect of nearly every significant operation by Iranian intelligence and military forces over the past two decades, and his death was a staggering blow for Iran at a time of sweeping geopolitical conflict.

Mr. Trump, who has repeatedly vowed to end American entanglements in the Middle East, insisted that he did not want war.

“I don’t think that would be a good idea for Iran. It wouldn’t last very long,” Mr. Trump said. “Do I want to? No. I want to have peace. I like peace.”

Suleimani arrived in Baghdad to oversee terrorist attacks there. Iraq is seen as Iran’s playground and President Trump disabused them of that for the moment. Keep in mind that Suleimani went to BAGHDAD, and was not in Iran, sitting on a barcalounger and watching one of the Ayatollah’s rants on the national tv channel.
If Iran wants a war, I suspect that something like “rods from God” might end the Ayatollah. No need for nukes.
SANCTIONS
Kenneth Katzman, a senior Iran analyst at the Congressional Research Service, told The Washington Post in September that Iran still has about $100 billion in reserves, adding that under current conditions that would last the Iranians at least another two years.
But Brian Hook, the U.S. special representative for Iran, said in a December interview with The Wall Street Journal that based on classified intelligence Iran has access to only 10 percent of its foreign exchange reserves due to banking sanctions and that as a result it would struggle to stabilize its currency and keep inflation down.
Iran may see a war with the US as one way to tamp down internal dissent against the government’s disastrous political policies that have led to a ravaged economy. Either way, General Suleimani won’t be overseeing his part of the war. And his successor might consider not traveling abroad. Although, if there is a war, the successor might not last long in Iran.
WAR?
There are a number of fifth column types in the US that could cause some trouble.  Lax immigration enforcement over the past decades has made that possible. And that’s not going to turn into a rant here at this point, because you’ve heard it before.  But the war itself might not require boots on the ground. Simply pounding Iran to dust is possible without a kinetic ground war. Mopping up is something else but the US can take its time. Once all of the highways and runways are cratered, the electric power grid is down and the bridges are in the rivers and no more oil infrastructure exists, Iran can be left to itself to suffer. Maybe the people will come up with a better group of leaders? And maybe Iran could be rebuilt in time?
But there is no immediate need for Americans to die in a ground war.