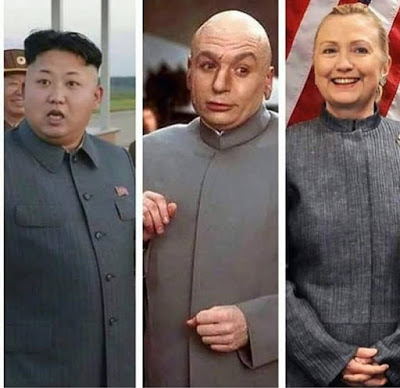 And in related news:

On 5 August, Ming Bao reported that the Chinese government is restricting online speech that is critical of Kim Jong Un. Chinese censors also have limited appearances in the media of South Korean celebrities.
China has made no comment about the latest North Korean missile launches, which violate UN Security Council resolutions. South Korean firms reportedly are concerned that China will retaliate against them for their government’s decision to deploy the Terminal High Altitude Area Defense (THAAD) system.
The actions cited above are low level, but they signify a shift towards a more even balance in Chinese relations with North Korea and with South Korea. In late July, South Korean businesses said the THAAD decision had not affected them. Two weeks later, they are fearful.
Last month Chinese Foreign Minister Wang Yi said that the THAAD decision undermined mutual trust. These are the first actions to convey that judgment, but more are likely to follow.
US Security Council resolutions are not worth the paper that they’re printed on. The US uses them as excuses to do things or not to do things as does the rest of the world. It’s time to put that turkey to rest and if nations want to be a part of it, they can do it somewhere else.