Allow Women to be Slaughtered 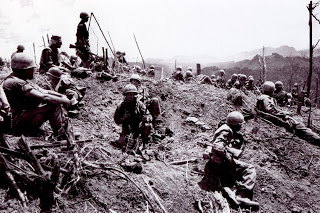 Old NFO’s post set me off on a train of thought and I need to flesh it out here just for my own self expression.

For a very long time, men have put women on pedestals. At least my generation did. I know that being in my 50’s now, I’m past being ‘hip’ and ‘trendy’. The flip side is that I’ve seen things that have allowed me to form an opinion. Liberals will howl that it’s not valid — but I will express it all the same at the risk of being politically incorrect.
Many women are angry because they feel that men have it good and they’ve somehow ended up on the bad side of the equation. Now they want to go into combat. I don’t know why anyone would want to do that. I’ve been there and saying that it’s ugly and horrible doesn’t begin to describe it. One of the worst parts about taking lives is living to go home afterward because you’re stuck with the things you’ve seen and the things that you did. Oft times you are stuck with the prohibition (classified information) of telling ANYONE about it. You can’t get it off your chest. You simply live with it and die with the secrets.
In the book (offered for sale – left), WHITE POWDER: A Novel of the CIA and the Secret War in Laos, a character discusses his feelings on the matter. Keep in mind that it’s only fiction:

Sam Willoughby continued, “I’m jealous of dead soldiers. Dead soldiers have friends to avenge them and family to mourn them. They lie peacefully in neat graves, their bravery and sacrifice noted; buried in smart uniform, medals in velvet boxes, citations to hang on the walls and a folded flag in a cupboard somewhere. They said what they had done and where they had been, and when they died, their friends told how they died, and, from time to time, why they died.”
He motioned toward the glass of pénard Burton held. He handed it to Willoughby, who sloshed it in his mouth and then downed it in a single gulp.
“In the parlance of dead soldiers there is the front line. In the cant of my strange craft we call that place ‘the end of line.’ People in my business die alone. Our deaths are unsung, our motives unclear. So we die slowly. Every challenged moment of each belabored day is barbed and thorned with memory of the things we cannot tell. We die defenseless with naught to avenge us but the mute records of what we observed in the strange lands that swallowed us.”

In the US, women have been denied this horror. Now, they’ve won that equal right. I suppose that congratulations are in order. 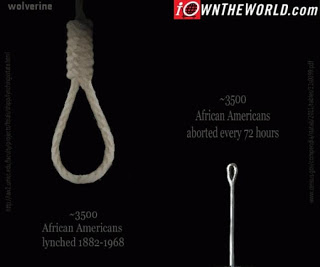 But slaughter isn’t a new concept for many women. Maybe this is what they’ve been pining for all along.

Between 1882 and 1968, 3,500 African Americans were lynched. It’s a very sore spot in the African American community because it was an assault on one race by another. It should be a sore spot. It should be decried. –However– The inconvenient truth is that African American women abort 3,500 babies every 72 hours in America. Slaughter or ‘my body-my choice’? I leave it for you, the reader to decide and slice it any way that your conscience allows you to do it.


Women should now be compelled to register for selective service and should be selected for combat whether they feel that they are personally ready or not — because, trust me, men never are either. And if they don’t like it, they can complain to President Obama, their liberal icon.

You can argue that the left wing progressive women who wanted this to happen will not be joining the young women on the battlefield. I can make the same argument for the old legislators (both genders) who sit home, safe, well fed, renowned for their wisdom, who have sent countless young men to their deaths in wars that meant ABSOLUTELY FUCKING NOTHING. In Viet Nam, Americans died for NOTHING. In Iraq, Americans died so that Iraqis could join a jihad and try to kill them. Net result: NOTHING. In Afghanistan it’s worse because no Afghans flew airplanes into the World Trade Center, but we needed to attack somebody and the Saudis were our allies. Does anyone think that the billions in treasure that we spent in that sewer that is Afghanistan will amount to anything? Are those lives cut short and those families destroyed back home going to find any solace or vindication in the deaths of those that they loved? NO.

Yes, maybe it’s time for women to share in this.