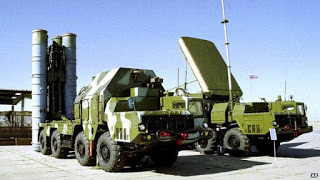 President Trump will inherit a mess. There are many issues in the mix, some of them can be laid at the feet at Barack’s and Hillary’s incompetence and others at their indifference. Still other matters were not handled badly by the current American regime, but just ended up all mushy. (yeah, whatever “mushy” means) Getting to the point of “making America great again” will be a long and rocky road with North Korea, Iran, China and Russia being challenges to navigate correctly.

There are linkages between those powers and while your attention is focused on the RNC and flowery speeches designed to impress the body politic – things are going on in the world that the American news media is ignoring. Let’s take a moment and explore some of them.

South Korea’s Joint Chiefs of Staff told the press in a statement that North Korea launched three ballistic missiles from North Hwanghae Province into the Sea of Japan between 5:45 a.m. and 6:40 a.m. local time on July 19. The missiles flew 500 to 600 kilometers.

The three missiles probably were Scuds which can hit every point in South Korea, including the newly announced site for the Terminal High Altitude Area Defense (THAAD) system. That and defiance of the UN Security Council seem to be the political messages that the launches are meant to convey. The straight line distance from Seoul south to Jeju Island is 455 kilometers.
The ability of the North’s missile to strike anywhere in South Korea has never been in doubt. The ability to defeat THAAD once it is installed and operational will be the challenge.

South Korea’s Ministry of Unification said on Monday, July 18th, that North Korea could conduct its fifth nuclear test whenever the leadership makes the decision.

“North Korea seems to be fully prepared to carry out a nuclear test at any time. South Korea is closely monitoring every move at the North’s test site in close cooperation with the United States,” Unification Ministry spokesman Jeong Joon-hee said at a regular press briefing.

A fifth nuclear test would constitute a provocation as well as a statement of defiance in execution of the North’s threat on 11 July to take a physical counter-action in retaliation for the THAAD basing decision.

Recent Timeline Review: Since the US imposed sanctions on Kim Jong Un on July 6, North Korea has attempted to launch a submarine-launched ballistic missile on July 9 and terminated the UN channel for contacts with the US on July 11. Since the US THAAD basing announcement, the North has launched three Scud missiles on July 19 and increased activity at its nuclear site.

Chinese reaction to the missile launches and to a nuclear test will provide important insights about the strategic environment in northeast Asia. Chinese leaders have been strongly and openly opposed to the THAAD system basing in South Korea. The issue is whether that based decision will induce Chinese leaders to soften their hostility to North Korea. A good indicator of strain in China’s relations with the US and with South Korea would be an invitation for Kim Jong Un to visit Beijing for the first time.

My comment to the Chinese leadership: If your ally and ward state (the Norks) didn’t keep shooting ballistic missiles, the ROKs might not have felt it necessary to deploy THAAD.

On July 15, China’s State Council Information Office posted to the Web a picture of a Chinese H-6K nuclear-capable bomber flying over Scarborough Shoal. The picture was posted three days after the Permanent Court of Arbitration released its award. The caption said the aircraft was flying a combat patrol.
This is the first open source report of a Chinese bomber flight to Scarborough or any of the Spratly Islands. It also is the first time that a Chinese source has identified a flight a combat patrol.
The H-6K is an updated version of the Soviet TU-16 medium range bomber. It has a range of 3,700 miles and is considered a long range, strategic bomber or standoff weapons platform. Scarborough Shoal is 588 miles from Sansha, the provincial capital on Hainan Island.
Despite the Permanent Court of Arbitration’s award in favor of Philippine ownership of Scarborough Shoal, Chinese maritime police or naval forces continue to ban Philippine fishermen from the Shoal. More aggressive air patrols are likely.
Russia

Russian President Vladimir Putin lifted the S-300 (surface-to-air missile) sales ban to Iran in April 2015. The Tasnim news agency reported on  July 18 that Russia has begun delivery to Iran of the missiles for the S-300 air defense missile system.

Russia delivered the first parts of the S-300 system, including the missile tubes and radar equipment, to Iran in April 2016.

The window for delivering the missiles probably was agreed months ago, but the actual delivery date might have been somewhat variable. In any event, the timing is useful for showcasing Russian support for its clients and its high profile involvement in the Middle East.  Putin talked with Turkey’s President Erdogan on the 17th and Russia is delivering on a contract to Iran on the 18th. Russia continues to act and look like an honest broker.

The government suspended leave for 3 million civil servants. The arrests continue by the thousands. One report said those arrested include 103 flag-rank military officers which equates to a third of all flag-rank officers in the Turkish armed forces, according to the report.

In a press interview with CNN, President Erdogan said that the failed military coup was a “clear crime of treason.” He refused to rule out reinstating the death penalty for the coup plotters. He repeated earlier statements that the Turkish people want death for the coup plotters. “The people now have the idea, after so many terrorist incidents, that these terrorists should be killed, that’s where they are, they don’t see any other outcome to it,” he said. “Why should I keep them and feed them in prisons, for years to come? That’s what the people say,” he said. “They want a swift end to it, because people lost relatives, lost neighbors, lost children … they’re suffering, so the people are very sensitive and we have to act very sensibly and sensitively.”

This is Erdogan’s opportunity to consolidate his evolving dictatorship by eliminating civilian as well as military opponents. That appear to be the direction in which his regime is moving. The numbers arrested or dismissed are nearly 20,000 and the purge continues.

If Erdogan executes his enemies, he would be acting well within fundamentalist Islamic practices, which prescribe execution for blasphemy and physical dismemberment for theft. The numbers of those arrested raise the possibility of mass executions, Islamic State-style.
A condition for membership in the European Union (EU) is elimination of the death penalty. Turkey did so in 2004 as part of the membership preparations. EU officials warned on the 18th that Turkey would never be allowed in the EU if it reinstated capital punishment.
The regime’s punishment for the plotters, especially capital punishment, will be an important indicator of the direction President Erdogan is leaning relative to the West or to Islamic fundamentalism.