A Week in Review 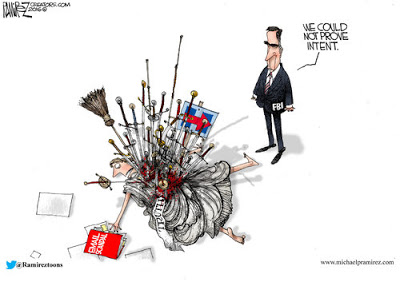 It’s been quite a week and there is much to reflect on in the national news. Lawlessness in Washington DC plumbed new depths as the FBI whitewashed the Clinton criminality that we’ve all followed with some interest.
I keep find myself muttering, “All pigs are equal but some are more equal than others,” as FBI Director James Comey (a mind reader?) proclaimed that he stepped into the lying, conniving mind of Hillary Clinton and could find no sign of malicious intent. He spread a lot of mud on the FBI, whether intentionally or unintentionally. Can the FBI ever be trusted to do the right thing again? The proof of the pudding is in the eating. When Congressman Gowdy was done with Comey, it made the FBI look like the gang that couldn’t shoot straight. 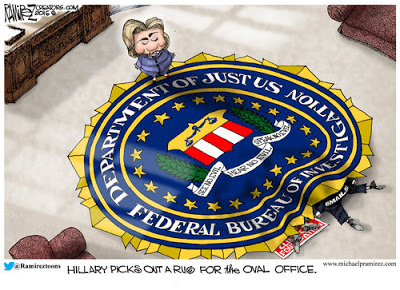 Finding a way forward as a nation will be increasingly difficult without a major overhaul in the “justice system” as we reflect on the insider moves by the Clintons in Phoenix and elsewhere.
Will America stomach the moribund Bureaucracy evidenced by the FBI in the future? There is clearly a segment of the nation that is uncomfortable with that. Will it propel Trump (not the most glib of candidates) to the White House? We’ll see. 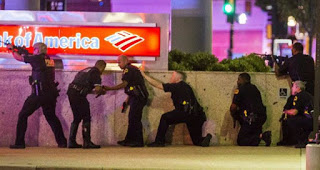 Barack has worked diligently to damage race relations in America ever since he took office and he’s seen some significant progress this week in Dallas, Texas.

I heard champagne corks popping in the Oval Office as gunfire erupted in Texas claiming the lives of five police officers an injuring ten others.

Fox News showed scenes of black people celebrating the deaths of police officers, reminding me of scenes in Gaza and Damascus when terrorist hijackers flew aircraft into the World Trade Center.

Friday, Eric Dyson, presumably black himself, wrote this in the NY Times: “It is clear that you, white America, will never understand us. We are a nation of nearly 40 million black souls inside a nation of more than 320 million people. We don’t all think the same, feel the same, love, learn, live or even die the same.” Isn’t that a racist statement? No? Oh, yeah, how could id be if it’s written by a black person. That’s funny to me. I’ve seen black men die in combat next to white men and they died just the same while serving their country. Those police officers in Dallas all wore blue without regard to race didn’t they? And if you ask any black person, there is a significant difference between a black man and a nigger. Oh, did I just write something politically incorrect?

Just before the incident, Barack and AG Lynch were condemning police shootings elsewhere in the country long before any investigation surrounding the circumstances are complete.  Tax Cheat Al Sharpton and Jessie Jackson, both personal friends of Barack, showed up to whip up racial tension, claiming that police officers murdered black suspects. The problem is that as with many police shooting situations that the progressive movement has condemned, the investigations tend to show that the police officers acted reasonably. While that’s not always the case, it’s clearly the trend. I wonder if white people will riot in Dallas because black murderers killed police officers? Likely not.

At the same time, the much publicized death of Freddie Gray in Baltimore at the hands of police has turned out NOT to be a result of police maliciousness. The officers (including the black officer who drove the paddy wagon), whose lives have been ruined, are now bringing suit against the district attorney for malicious prosecution. I took note that the white people in Maryland have not rioted, murdered and looted at the disclosure that a ‘racially motivated’ legal action against the police proved to be salacious, incendiary and unjustified.
The progs disgust me.

It’s been an interesting Independence Day week, hasn’t it? 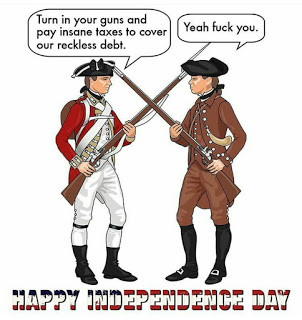