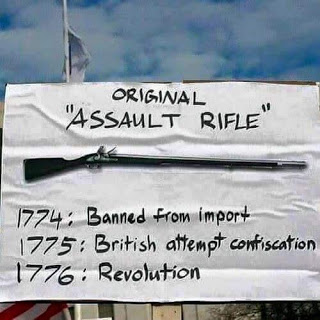 Under a Clinton presidency, everyone anticipates the wholesale efforts toward banning the sale, of firearms and ammunition that will lead to eventual collection of same, but the question hangs – who will do the collecting? Clearly it’s a job designed for inner city people, but do they have the spine for the work and the numbers to pull it off (i.e. how many rounds of ammunition in Texas at one per inner city person)? And would that sort of thing provoke a TEXIT?

To be a free people requires armed people, and they should need no permission to bare arms. Only slaves are disarmed so that they may be controlled by their masters.

Would the Lone Star State merely knuckle under, hand in their firearms (sort of like German Jews lining up like good Jews to march to the ovens) and do the bidding of its mistress in Washington DC?

Would Texans accept the edict of their betters inside the Beltway, who have been toiling ceaselessly to repeal the Constitution and replace it with a far more “progressive” document?

Of course that was then…and then was a long time ago. 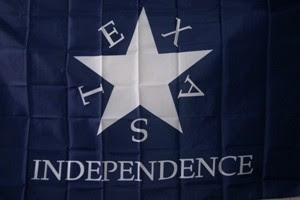 Historical Reference: Edward Conrad traveled to Texas through Natchitoches, Louisiana, in December 1835. On December 10, 1835, at Nacogdoches, he was made second lieutenant of the United States Independent Volunteer Cavalry under Benjamin L. Lawrence. Conrad was one of four representatives from Refugio Municipality at the Convention of 1836 at Washington-on-the-Brazos and there signed the Texas Declaration of Independence. He also served as a member of the committee to draft the Texas constitution. Conrad designed the flag (left).

I’m not a Texan, so I have no standing on the issue, but if there was a TEXIT, would fly-over country follow suit? And what would the corporations who funded the Bitch of Benghazi say about a TEXIT?  Clearly Hollywood would cut off the INDEPENDENT State of Texas from any of the movies that they produce.