A Thousand Pounds of Flesh 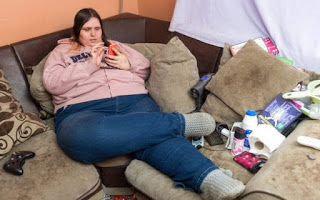 Facebook
Twitter
Pinterest
WhatsApp
I was thinking about the SNAP challenge, as reported at Adrienne’s Corner. SNAP=Food Stamps. I don’t know if they can still use those EBT cards to buy lap dances instead of food, but for a few years, it worked. No, I don’t have first hand knowledge.
About a year ago, maybe 10 months, I received a telephone call from a woman I’ve known literally since she was born. She wanted me to invest in a ‘counseling service’ that used cosmic energy to heal people. I passed on the opportunity.

Back Story: Said woman grew up in considerable poverty and lived near me when she was small. The white privilege never reached her. Her father worked in the coal mines and I used to go deer hunting with him. Deer season (a tag for him and one for his wife) and elk season fed the family. He was a competent hunter but I filled a tag for him from time to time. I’ve always had a knack for finding and killing deer/elk. (I parlayed that into a job for myself)

He looked through stuff at the county dump to find clothes that he brought back for his seven children. The woman in question, when a girl, wore clothes that other girls from school threw out. She grew up poor and ridiculed with endemic low self esteem. I was gone by the time she married, but from all accounts, she married badly – the guy was part of a cult of sorts and seven years and eight children later, he left her. I don’t know that he had skills beyond effective insemination. He’s incapable of paying child support and the cult put daylight between them and him.

Bad lifestyle choices are not society’s problem. But children become one. Her children (mostly heifer weight female) moved back in with mom with their own children once their sperm donors woke up and looked at the situation. I’m not judging, just reporting.
Now she’s still trying to get $50K a head from investors (so far, no takers) to start the cosmic energy counseling, and meantime is living by the leave of the taxpayer as are the daughters who receive SNAP, AFDC, and a lot of other alphabet benefits. There’s at least 1000 lbs of female flesh living in a small rented (tax payer subsidized HUD) house, bad-mouthing the male of the species, hoping that mom can find somebody stupid enough to fork over money for her dream business.
This abomination replays across this great country in all ethnic groups. Politicians court people like this to obtain votes (by giving them YOUR hard earned money).
It’s a mess.