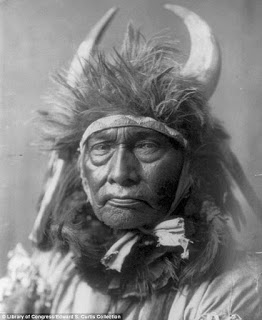 Facebook
Twitter
Pinterest
WhatsApp
You can tell a lot about people by what they read: shiftless romantics, sharp-eye’d business tycoons, relentless warriors, intellectual, hopeless dreamers, etc.
I found books by Larry McMurtry when I took a course in Western American Literature because humanities were required even if you were a hard science/math major. I never used the degree professionally because there’s no ACTION in most hard science jobs – nobody throws grenades at you or shoots at you, and where would be the fun in that?
It wasn’t only McMurtry. I also enjoyed Willa Cather (My Antonia), and Zane Grey, who lived up near the White Wolf Mine and wrote of Arizona’s highlands. Truth be told, there’s a lot of good Western American literature out there and there is even more that is ‘uninformed’ to put it kindly. McMurtry knew his subject and knew his characters and they jumped off the pages. I followed his writing and his career.
Streets of Laredo – a 1993 novel was is the second book published in the Lonesome Dove series, but the fourth and final book chronologically.
What follows is an exchange between Judge Roy Bean (The only law West of the Pecos) and Billy Williams. (page 49-51)
Billy Williams had to walk the last five miles into Ojinga because he lost his horse. It was a ridiculous accident. It was sure to hurt his reputation as one of the last great scouts, and his reputation had been slipping badly anyway….”Willy, you had best retire,” his friend, Judge Roy Bean told him the last time the two of them visited. “A man as blind as you are ought not to be riding this river. You could fall in a hole and be swallowed and that would be that.”…
“I can’t tell that you ever amounted to much, Roy,” Billy informed him. “It’s irritating that you set up to be a judge of your fellow man so late in life. It’s all because of this saloon. It’s the only saloon around here, and that’s why you think that you can be a judge.”
“I admit it was a timely purchase,” Roy said.
“You didn’t purchase it, you shot the owner,” Billy reminded him. “Tom Sykes, I knew him. He was nothing but a cutthroat himself.”
“That’s right—so I purchased his saloon with a bullet.” Roy said. “Three bullets in all. Tom wasn’t eager to die.”
“That’s still cheap,” Billy said.
“Not as cheap as one bullet,” Roy said. “The sad truth is, my marksmanship has declined. In my prime, I would not have had to expend that much ammunition on Tommy Sykes.”
The “Old West” didn’t last long. The arrival of the railroads and immigrants from Europe changed everything about it and civilized it. As soon as the Civil War/War of Northern Aggression/Second War of the Rebellion ended, the Army figured out that if you killed all of the buffalo, the Indians would starve and would settle on reservations. With very few exceptions, that happened and the wild ones all ended up at Ft. Sill, Oklahoma after they capitulated. Most of those with reputations went on to join Buffalo Bill’s Wild West Show to make some extra money. Even the renegades were practical men.
Within a lifetime (1830-1900) the “Old West” lived and died.
And here is the sermonette: sic transit gloria mundi – all glory is fleeting.