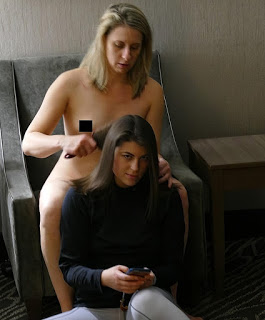 “It is with a broken heart that today I announce my resignation from Congress. This is the hardest thing I have ever had to do, but I believe it is the best thing for my constituents, my community and our country.”

One can only guess how her time was divided every day while in “The People’s House”, conducting “The People’s Business”.
We know from staffer statements and from the statements of friends who were invited to orgies at her office in the Capitol that Katie was popular, not only with her staff but with other colleagues in Congress, who shared her bong.
Prior to her resignation, she served (among other assignments) on the House Armed Services Committee, on the Subcommittee on Seapower and Projection Forces and the Subcommittee on Tactical Air and Land Forces where her top secret clearance gave her access to volumes of sensitive information.
Some of her fellow elected leaders in the LGBTQ community in the Democrat Party expressed gratitude that Katie didn’t name names before packing her office and heading back to California, where she will be an advocate for grievance groups. She’ll also be keeping the money in her campaign war chest, which will be donated to the Katie Hill Charitable Foundation.