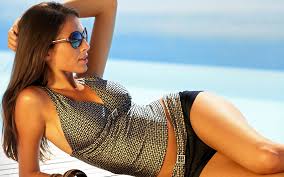 Facebook
Twitter
Pinterest
WhatsApp
A Passing Fling
This is a fictional short, and one of a non-sequential series.
You know who she is. You just don’t recall it because you were drunk all the time back then. Her mother keeps an apartment in Huntington Beach. You know the place. It’s the only complex on the ocean side of Pacific Coast Highway, where you can literally walk out of the building and into the surf. It’s on the west side of the pier. I’ve heard it said that there have been a lot of suicides there, but management keeps it quiet. She moved in with her mom and then mommy moved out, but mommy’s boyfriend kept the rent current with blood money. At least that was her story.
Southern California is just what it appears to be. Most places aren’t. People don’t know each other, but sometimes they drift together and just as easily, they drift apart. She was one of those people, but you remember her now don’t you? Dark hair, cut below her collar, cobalt blue eyes, and enough attitude to sink the Titanic.
You and I were at the Balboa Bay Club, sitting at a table, and killing a hangover with mimosas when she walked up and slipped my Nagrani shirt on over her bikini because she worried about a sunburn. You left the club with the Filipino surfer chick early and she spent the night. Hell of a first date. I woke up and went for a run on the beach. When I got back, she’d raided my wine cellar and had opened a bottle of Krug Grande Cuvée. She paired it with fresh blackberries that I had in the Sub Z.

She always asked how I got the scars. I told her they came from a dominatrix in Hollywood, but she suspected shrapnel. Her kisses always had a desperate quality, as if it might be the last time. She kissed the scars and told me that they’d go away, but I think that it might have been the head game that she played with me. I was lost in her eyes, and the sun, and the space that we shared.
I don’t know why I brought her into the rackets, but at the time I had a job that was illusive and pulling it off had become challenging. The target had that rangy feel about him, late twenties, always shabbily dressed and usually wore hand-me-down tweed jacket over one of a dozen different frayed sweaters, jeans and beat-up Nikes. I think that he picked up the pattern somewhere in Europe, but it didn’t fit on the beach, even in winter. He hung out at Starbucks and had the vibe of a coffeehouse revolutionary about him. You know the type, mop of unkept black hair, sullen, watchful eyes with an intensity that puts off most people.
She had the knack and lured him to her place, where he committed suicide by throwing a rope around his neck and jumping from the balcony. The police looked into it. The absence of a note was suspicious, but she told them that he threatened because she wouldn’t fuck him. She dared him and he jumped and swung.
I know, it isn’t my style, but I thought that I could pull it off and I did. His friends came by, the boys from the mosque. They looked into it, pulled the police reports and nosed around. Once they saw her, they figured that the poor dumb, sexually deprived bastard might just have done it for the sake of pussy. Guys do that. Other guys understand these things. I laid it out that way and it worked.
Once the job and the fallout passed, we flew to New York for the weekend and stayed for nearly a month. She liked shopping on Fifth Avenue and more work popped up while we were in town. This time, I didn’t include her in the business because all I did was shove the guy in front of a subway train at rush hour and that was that. Simple is always better. After New York, she started looking through wedding dress magazines and I sensed that our time together was drawing to a close.
You could call her a loose end if you want to, and I know how your dirty mind thinks, but that’s not how it ended. She’s working for the outfit now.