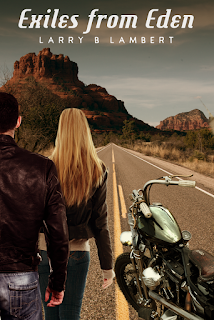 Exiles from Eden
The novel (note the bar to the left) is through edit and publication is pending.  I am flattered that some of the people who read this blog have e-mailed me and asked how to get a copy. I will advise when the work is available in book stores and on-line.
It’s a different sort of novel for me, designed to appeal to a broader readership than the work I’ve done before.
Tag Line: Sparks
fly as two star-crossed lovers meet. He runs toward trouble as she yearns for
something missing, and it ends in a flight from and toward justice.

The
93,500 word novel, set in the early 1990’s, is told from different first person
perspectives. In a sense, it is a coming of age story wherein the principal
characters, Sean O’Bryan and Jessica Baker are joined in a backdrop of intrigue
as they simply attempt to live life.

Sean,
on a journey to be his own man, joins Satan’s Legion, a motorcycle gang in
Southern California. Jessica, adrift as a stranger in a strange land, joins him
in the gang as they try to work out who they are as individuals and as a
couple.

As
their need to join the criminal world completely becomes more pressing, Sean and Jess don’t realize that what they say is being recorded and what
they plan to do is part of a larger net that is dropping over them. While
justice is about to be served, compassion by the undercover police officer in
their midst sets the wheels in motion for their escape.

Jessica,
wanted in England for a crime that she did not fully commit and their
involvement with Satan’s Legion culminates in a flight to the Boneyard, in the most unlikely place.

Life Along the Brazos
Fellow blogger, Lone Star Parson, will be making suggestions to me as to where to find the perfect spread in Texas (which must include a rifle range, access to the Brazos or in the alternative, a bass pond — or both) as I take the Ford Raptor to Texas for the first time. Plans include fishing and a possible razorback hunt as I visit the compound, LSP and his faithful dog, Blue Avenger, etc. Sadly, it’s a busman’s holiday and I need to do a little bit of work as well as hanging out and shooting. 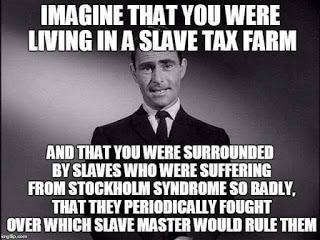 Taxes are lower in Texas than they are in the People’s Republik of Kalifornia. That and a rifle range on the property (and private bass pond) combined are a powerful inducement. Maybe a second home is called for? At the moment, I’m thinking of vacant land that I can build on. A friend suggested that I invest in a trailer home while the main hacienda is under construction. I said, “ARE YOU NUTS?” A trailer in Texas draws tornadoes like a pecan tree draws cicadas, or a swamp draws mosquitoes. 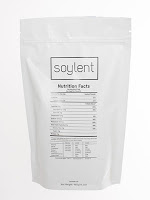 Yes, there is a company https://www.soylent.com that appears to be making various types of beverages and powders for human consumption. I read over their website and did not read that they are relying on human parts. There is no indicated collusion with Planned Parenthood, though I did not read a denial that they are collaborating. However, how could you possibly come out with a product called SOYLENT without evoking the popular film from 1973?