A Dispatch from the Jihad 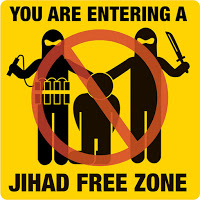 The mainstream media in the US must have missed this headline below. It turns out that mosques in France are arsenals. Who would have guessed? Likely it’s just one of those misunderstandings about the “religion of peace”.
I wonder if we put up a lot of these signs up, creating jihad-free zones, if it will keep the sand monkeys from going in and killing all of the unarmed people?

Have you noticed how they avoid armed people? If you’re a prog, you likely have not noticed.

Didn’t Loretta Lynch (Atty Gen) suggest that loving the jihadis is the way to defeat them? If that’s the new philosophy, send Barack (a closet queen) to the Middle East when he steps down on a mission of love to ISIS. Will they drown him in a cage or set him on fire (lovingly)? He can take Lynch with him on his mission of love. I’m sure that they’ll pass her around before they behead her.

Police investigating the Paris terror attacks have shut down three mosques in a series of raids to close the net on Islamic extremists, the Express reports.

France has been under a state of emergency since 130 people were killed in a series of terror attacks in Paris on November 13. Since then, some 2,235 homes and buildings have been raided, 232 people taken into custody, and 334 weapons confiscated.

The number of weapons apprehended so far is reported as “staggering.”

In a 15 day period, authorities have seized one-third of the quantity of war-grade weapons that are normally seized in a year. 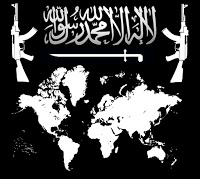 This latest raid comes as authorities in a number of European countries crackdown on mosques suspected of being a breeding ground for extremists cells operating in the continent.

This week German authorities expressed concern refugees might be susceptible to radicalisation by Muslim extremists, who are using religion as an excuse to get closer to the new arrivals from Syria and other parts of the Middle East. 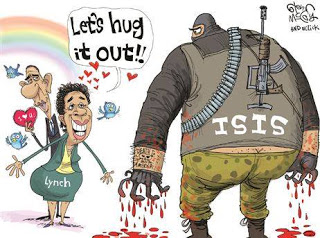