A Day at the Range (part one) 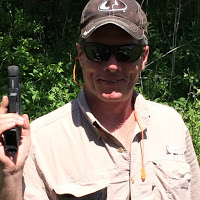 Facebook
Twitter
Pinterest
WhatsApp
A day at the compound naturally means a day at the range. Does every spread in Texas have its own range? If it doesn’t, it should. How can you practice daily without your own rifle/shotgun/pistol range?
Today’s drill consisted of multiple parts:
Texas is “fly-over” country, in the language of the Washington Beltway political types. Hill Country is where people cling to their God and guns and feel that the US Constitution was written to limit government, and empower the people. I realize that’s a silly and possibly dangerous concept if you’re a thirty-year-old pajama boy, sitting in mom and dad’s home, dreaming about ObamaCare. But it works here in Texas, where there are no pajama boys.
Nobody here wants to occupy anything and they feel that black lives matter just about the same as everyone else’s.  However the riots instigated by the black lives matter anarchists inspired today’s “riot control drill” with handguns at various ranges. 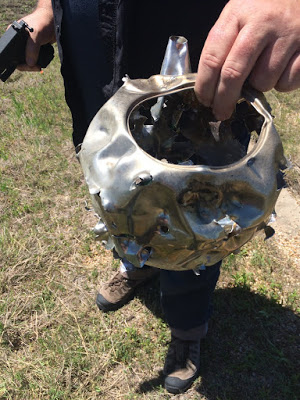 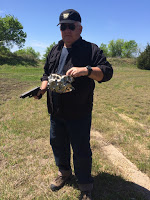 An old tea pot serves as a proper target for riot control drills that specifies that arounds be put into an area roughly the size of a “mellon” from different ranges up to about 50 yards with a handgun. Both LSP and I qualified in “Riot Control, Range Variable, Mellon”.  The next riot control drill required a round to be fired into a plastic card, roughly the size of a playing card. The concept here is that the leader of a riot may need to be “incapacitated” precisely. At the compound, we do not shoot to kill, only to incapacitate. Humane behavior is prized and highly encouraged. So is the concept of sparing the government unnecessary expenses. 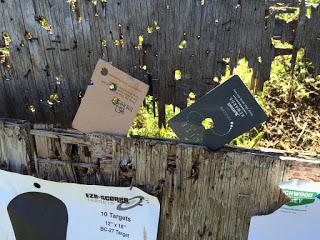 Marksmanship has been an American virtue ever since the Revolutionary War. The only way that you can maintain this perishable skill is to keep muscle memory strong through practicing in many scenarios.
Part two of this range training perspective will take us through the end of the range day at the compound. 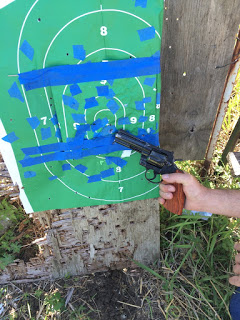 (left) LSP fires a Colt Python at a silhouette target, as he moves from general riot control qualification to specific single-action fire, with good results (left).
Firing a handgun at stationary and moving targets from horseback as well as saber drills are important but were not undertaken today simply because of a lack of time, not out of disinclination to complete critical training.
Teak cavalry lances have gone out of fashion but with the concept of necessary riot control coming back, they may not be gone forever. There is something about a phalanx of cavalry on Andalusian mounts, with twenty foot long teak lances lowered moving toward chanting occupiers.
It harkens back to days now past, but history repeats and training is required if you plan to be ready.