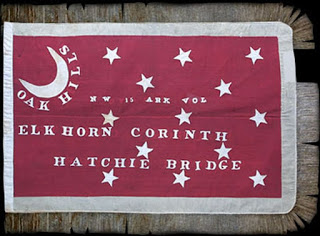 Facebook
Twitter
Pinterest
WhatsApp
Observation: Texans feel differently about flags of the Confederacy than do people who grew up in New England and went to Harvard. Witches and the possessed seem to have an aversion to them. I wonder why?

Log Item: I’m in catch-up mode as the Texas blogging is running slower than usual. Hot and warm weather are defined in Texas (according to Mark Twain — I think) as the difference between weather that will melt a brass door knocker and that which will only make it mushy.
The Norwegians that I’m working with think that it’s hot too. Norwegian friend: “What are you going to do when you get back to California?”
“I’m going to jump in the pool, then I’m going to read the accumulated mail — in that order.”
Texas was subjected to global cooling earlier in the summer that came with 37″ of rain that flooded the place. This week is global warming as the water evaporates, and apparently the US Military is losing the battle with the weather.

Now that the US Military has been tasked with dealing with the weather as a primary mission, I’m going to hold them to it here on this blog.

Political Note: President Obama is not as popular in Texas as he is in Los Angeles, Baltimore, Detroit or Philadelphia. Even among the faculty of the University of North Texas, his popularity has waned. It may be that Texans are not prone to be vegetarians. I think that Obama polls better among vegetarians and the transgendered.
Consulting in Texas: The trip here is coming to an end but I’ll be back and forth during the ensuing year.