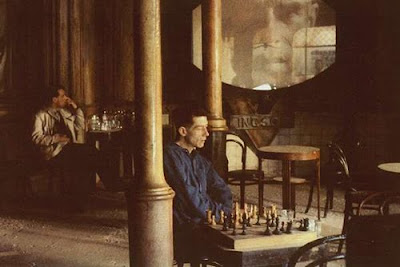 I’ve been thinking about Dear Leader and the ObamaFriends (generally Black Liberation/Black Muslim/Black Panther, socialists, Marxist-Leninists, deluded utopian liberals and the pseudo-intelligencia) What is it that they REALLY want? What is the purpose of the czars, the people established to circumvent the Congress of the United States? And it came to me in the early morning – George Orwell wrote it in his classic work, 1984–

WAR IS PEACE
FREEDOM IS SLAVERY
IGNORANCE IS STRENGTH

“The Party seeks power entirely for its own sake. We are not interested in the good of others; we are interested solely in power. Not wealth or luxury or long life or happiness: only power, pure power. What pure power means you will understand presently. We are different from all the oligarchies of the past, in that we know what we are doing. All the others, even those who resembled ourselves, were cowards and hypocrites. The German Nazis and the Russian Communists came very close to us in their methods, but they never had the courage to recognize their own motives. They pretended, perhaps they even believed, that they had seized power unwillingly and for a limited time, and that just round the corner there lay a paradise where human beings would be free and equal. We are not like that. We know that no one ever seizes power with the intention of relinquishing it. Power is not a means; it is an end. One does not establish a dictatorship in order to safeguard a revolution; one makes the revolution in order to establish the dictatorship. The object of persecution is persecution. The object of torture is torture. The object of power is power.” -George Orwell, 1984

I read Nicky Goomba’s Blog after I wrote this posting.

A chilling example of how far things have gone and where they are headed.