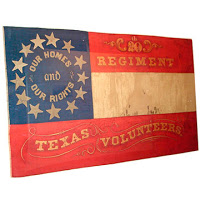 Facebook
Twitter
Pinterest
WhatsApp
Log Item: Fire and Brimstone in Texas hill country
Last Sunday I attended the Lonestar Parson’s (LSP) sermon, followed by a lunch of Mexican food with he and his two teenage sons. The debate that followed:
“Should we go shooting?”
“I always like to shoot.”
“It’s 102 degrees and 90 percent humidity.”
“Yeah. Maybe we need to drive to Dallas and get ready for the BBQ — and catch an afternoon nap.”

BBQ finished, I asked what LSP had planned for entertainment. Three seconds later he ‘miracled’ up red and blue flashing lights: Out front of the spread, one paramedic engine and five police cars. Aunt Bitty Woo (actual name – sorta) went out to the front porch followed by the rest. Bitty Woo wore her pink cap, claiming to have been working for CIA for the past ten years. LSP pressed her for details of her service and I explained to him that I’d have to kill him. (curiosity killed the cat, but satisfaction would bring him back)
The heat drove some poor sot crazy and it took five Dallas PD officers and the EMT’s to subdue him. He kept calling for help. We allowed the police to deal with his drug and heat induced frenzy. Since my car was hemmed in by the police cars and drama, I sat with the LSP entourage and watched before getting into the rental and driving back to the University of North Texas for the Monday morning meeting with IBM.