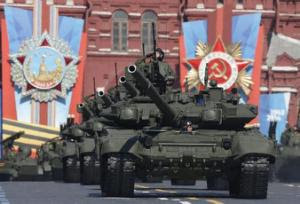 (update based on an e-mail) “Soviet” is derived from a Russian word signifying  advice, among other meanings, ultimately deriving from the Proto-Slavic verbal stem of *větiti “to talk, speak”. The word “sovietnik” means councillor. Thus a “Wednesday Soviet” essentially means “a discussion on Wednesday”. I chose the title of this blog post based on that meaning.

In a teleconference on 12 January, Russian Defense Minister Army General Sergey Shoygu outlined a significant expansion of Russian forces in 2016, according to Interfax. Let’s review what he said point-by-point.

“- Three new divisions will be formed in the “western sector” in 2016, which Shoygu described as a “task of utmost importance”. It is necessary both to form these divisions and equip their permanent bases.”

“- Five more ICBM regiments “armed with modern missile systems” will be deployed on combat alert duty in 2016 in the Strategic Missile Troops (RVSN), as part of the effort to ‘reinforce the potential of the strategic nuclear forces and implement defense-related space programs.’ The infrastructure to support the strategic nuclear forces, such as strategic missile submarine and Long-Range Aviation bases, will also have to be continuously improved.”
“- Russia’s strategic forces have been bolstered across the board over 2015. Two ballistic-missile strategic submarines, the Aleksandr Nevskiy and the Vladimir Monomakh, were commissioned into the Russian Navy. Six ICBM regiments equipped with both silo-based and road-mobile Yars missile systems were brought into service in the RVSN. And a new armed service, the Aerospace Forces, was formed on the basis of the Air Force and the Aerospace Defense Troops.”
“- Snap drills in the Armed Forces will continue in 2016, with a focus on practice to “redeploy troops over long distances”, ‘form groups of forces in sectors under threat’ and air defense drills involving aircraft.”
“- The aim of Caucasus 2016 (Kavkaz-2016), this year’s strategic command-post exercise, will be to ‘demonstrate the capability of Russia’s Armed Forces to defend its southwestern strategic sector.’ The focus will be on operations in the mountains, ‘given the rise of terrorist threats in the region.’
“- The share of brand new weapons in the Russian Armed Forces is expected to reach 51 per cent this year, up from 47 per cent now. The share of serviceable hardware is expected to rise from 89 per cent to 92 per cent. The general-purpose forces have attained a qualitatively new level, as the minister put it. Eight new brigades were formed in 2015. The social protection of service personnel remained a priority, with the ‘issue of personnel’s provision with service accommodation virtually closed.’”
“- And with regard to the Arctic and the Russian Far East, the Defense Ministry plans to complete the development of military facilities in Arctic islands and infrastructure in the Kurils in 2016.”

The new National Security Strategy that President Putin signed on 31 December provides us with a context for the initiatives that Shoygu listed. It stipulates that NATO’s militarization and arms build-up in eastern Europe member states pose a national security threat to Russia that requires an appropriate response. Shoygu’s list is the 2016 part of that appropriate response.
The list is a mix of recent and planned activations, but all of Russia’s recent military developments and operations are treated.
The creation of new divisions in the western region is a direct response to Ukraine crisis and to NATO actions to strengthen defenses in NATO’s eastern and Baltic members. Last year Ukraine proclaimed the end of its nonalignment policy and announced its alignment with NATO and the West. It identified Russia as a national security threat. Russia has decided to validate that threat assessment in a way Ukraine probably never intended.

Russia encountered significant challenges during the Ukrainian crisis because a significant portion of the Russian forces deployed “for training” opposite eastern Ukraine came from military districts in central Russia. Three divisions in the west would simplify and reduce the costs of deployments and sustainment.

Mention of long distance deployments on short notice is a reference to the Russian expeditionary forces in Syria. Russia also continues to focus on the Arctic to defend its claims to sea and seabed resources as climate changes continue to open up the region to exploration.
This fits in the pattern of upgrading Russia’s defensive capabilities along the borders that abut NATO, the US and its Allies, and the Middle East. The upgrade in perimeter defensive capabilities does not include Russia’s borders with the central Asian states or China.

The focus on strategic nuclear forces and on space merit careful attention because they seem to imply a dark vision of security threats in 2016 and out to 2020, the time horizon of the National Security Strategy. Whatever and wherever they emerge, Russia intends to be prepared. 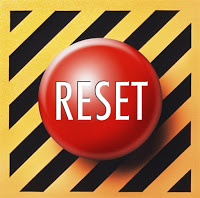 President Putin and the Russian military strategists foresee a need and a use for more and more modern nuclear forces and delivery systems. They intend to expand Russian strategic nuclear forces as one of the most important tasks for the Defense Ministry.  So much for the vaunted SECSTATE Hillary Clinton reset button…
Russian leaders, especially Foreign Minister Lavrov, have indicated that they thought NATO and the US cheated in Ukraine by ignoring a duly elected pro-Russian government and supporting a right-wing coup d’état. One of the more important implications of Shoygu’s list is that Russia does not intend to be bullied or outmaneuvered by the US and NATO again.
The array of military improvements also conveys a longstanding Russian/Soviet belief that the West only respects and responds to military strength. Russia might not achieve all its military goals for 2016, especially if the price of oil continues to plunge. Nevertheless, its way ahead is very clear.