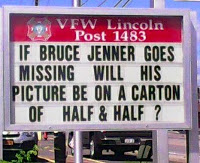 Facebook
Twitter
Pinterest
WhatsApp
A brief review of American politics and (only a few of) the things that tick me off:
OBAMA JONESING FOR UN SECRETARY GENERAL JOB?
The rumors are out there to that effect. I’m citing the American Spectator, but there are a number of newsworthy sources for this.

(American Spectator) Secretary-General of the United Nations. Ban Ki-Moon’s term concludes at the end of 2016… According to the Kuwaiti newspaper Al-Jarida, Bibi reportedly asked his top advisers, “Wasn’t eight years of having Obama in office enough?” From Bibi’s lips to God’s ear. Bibi went on to say, “Eight years during which he ignored Israel? And now he wants to be in a position that is liable to cause us hardships in the international arena.”

It’s generated a discussion of what Obama will want to do once he leaves office. He’s too lazy to want a real job. The record shows that he’s never held a real job and, why start now? My sense is that he’ll try to strike a deal where he can be a talking head on MSNBC. If he does that, I don’t think they’ll keep him around long because nobody cares what he says. There’s no more tingles running up Chris Matthews’ leg.
Many suggest that he will discover his Muslim roots and become an advocate for Islam in America. I can see that happening but I can’t see them paying Barack to do that. Iran thinks that he’s a joke and the Saudis hate him. But he could well end up as sort of a Muslim Al Sharpton, speaking out against the white man.

Still others suggest that he might do a Jenner and discover his transgender self, which would mean that he would be the next “Woman of the Year”. The fact that he would be a woman of color would make him an even bigger deal than Bruce, who might lose his TV series with Bravo as they “pivot to Barack”. Barack could claim victim status, even though he was the most powerful man in the world, because of all of the people who thought him a mountebank, a buffoon, and a charlatan were a bunch of bigots.

Why? (I hear you cry) They didn’t accept his basic trans-nature (a tranny who is not yet in drag). He may be onto something. Putin makes fun of Obama partly because Barack is a ‘girly man’, which is politically incorrect isn’t it? I need to look it up on line (because I can’t keep track of what is and what is not politically correct at the moment), but I think that it is!

THE NEXT BIG THING

This presidential race will all be a whole lot more interesting when that poisonous old woman, Hillary Clinton, is indicted by a grand jury. Just saying. (I’m standing by with popcorn to watch the fireworks) The trial will be interesting. She will want to conclude the trial before Barack leaves office so he can pardon her. President Trump would simply tell her, “Orange is the new black and don’t do the crime if you can’t do the time.” 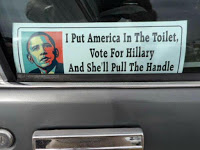 It was a speech that will not be remembered and will be irrelevant in the annals of history. The man who was the most partisan president in recent history, talked about how disappointed he is that the partisan divide has not healed. He blames it all on American racism, even though America elected him to the presidency twice irrespective of race.