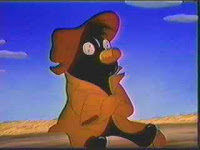 The Tar-Baby is a fictional character in the second of the Uncle Remus stories published in 1881; it is a doll made of tar and turpentine used to entrap Br’er Rabbit. The more that Br’er Rabbit fights the Tar-Baby, the more entangled he becomes. It’s presently politically incorrect to use this story to illustrate anything because of the “Afro-American thing”. However, sometimes, you need to use the correct literary metaphor, and that’s what I’m doing here. The Saudis have a tar baby on their hands.

Yemen is a caricature of a war, fought by pre-modern entities that wield modern weapons in pursuit of medieval ideas of winning and losing. 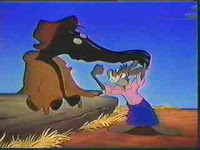 Despite a near maximum surge, the Saudi-led coalition has failed to defeat the Houthis and restore Yemen as a Saudi satrapy. The Houthis remain in control in western Yemen and al-Qaida in the Arab Peninsula remains in control of much of eastern Yemen. The Saudi air offensive has destroyed modern Yemen, but not weakened Iranian influence or power.
The Saudis made monumental failures of military judgment, most likely with advice from Westerners. They swallowed the Kool-Aid that said air power can achieve political results on the ground. Nothing in US military history substantiates such a claim, although the claim has been made before. And once again air power has failed. 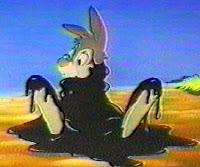 The Saudis ignored the fundamental truth that aircraft do not hold ground. More on that (below).  The Saudis also believed that the Houthis would negotiate rather than witness and experience the destruction of Yemen. The Saudis erred.
Finally, the Saudi King should have replaced his Defense Minister for inexperience, poor judgment and incompetence. Saudi Arabia and its coalition partners have depleted their air assets, but have nothing to show for it, after more than three months of operations.
Historical and Practical Observations
Fighting a war requires that you send in ground troops. If it’s the Russians doing the fighting, they just go in and kill almost everyone and relocate what’s left of the locals, replacing them with some other population (Chechnya) of more compliant people. The Saudis have a problem with this because their military isn’t capable of a ground operation of any scope. They need to hire proxies to do the work for them. In this situation the proxies they had in mind (Pakistan) didn’t want to do it. And near genocide is a nasty business.

The Russians have a lot of experience with it and are usually willing to take the casualties necessary (historically). Russian mercenaries would have done the work for the Saudis for cash, but the Saudis are joined at the hip to the USA. And the US wouldn’t want the Saudis to hire Russian thugs. The Americans are squeamish when it comes to this sort of thing and the retired US Air Force mandarins who advise the Saudis prefer to wipe out people without antiaircraft defenses from altitude. Who wouldn’t – if it worked.

Air Forces world wide are populated with people who are comfortable pickling a bomb or five off at 30,000 ft. and then flying back to the club for a drink without ever having to look at the blood, the destruction or the stink of what they did. Bomb damage assessment photos are sterile things as well. I don’t hate zoomies, but find that those who do duty as forward air controllers [United States Air Force Combat Control Teams, singular Combat Controller, (CCT)]  have a much more comprehensive view of what they have done. They boast that they are “first in”, which may be true from a USAF perspective, but usually they’re integrated into force recon marines, SEALs or Delta operators who keep them safe.

If the Saudis wish to evict the pro-Iranians from Yemen, they need to kill them. That comes down to a face-to-face reality. I realize that sounds very unsanitary and politically incorrect in the modern world, but that’s how it works. You can’t bomb stone-age people back to the stone age.