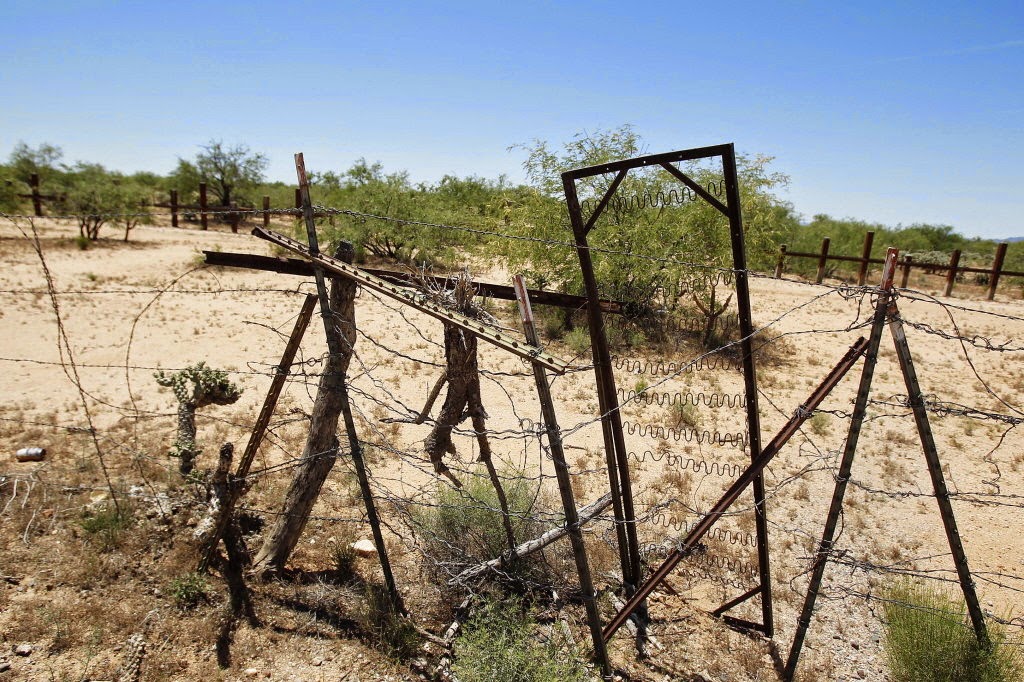 (The Examiner) On Monday, Mexican President Enrique Peña Nieto and Guatemalan president Otto Perez Molina held a joint press conference in Playas de Catazaja, Mexico, to officially announce an agreement to make it easier for those making the illegal journey to the United States from Central America, to cross into Mexico.

The Southern Border Program to Improve Passage, will provide for more border checkpoints along Mexico’s border with Guatemala, and offer more protection and even emergency medical care to those making their way north.

The illegal aliens will receive a so-called Regional Visitor’s Card, according to El Universal. Officially, the program will grant the cards to only illegal aliens from Guatemala and Belize, allowing them to remain in Mexico’s southern states for 72 hours (more than enough time to reach the U.S./Mexican border by train).

Photo above: Existing US Border Fencing in one stretch.
Photo below: What Congress authorized eight years ago 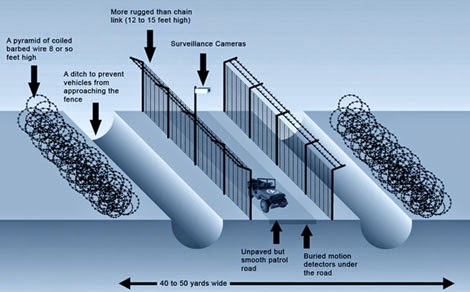 Somewhere in the neighborhood of 50,000 people under the age of 18 from Central America have crossed the US Southern Border to take advantage of the “Dream Act” that President Obama has been touting from his platform.

“If we want to solve this problem, we need to secure the southern border,” Rep. Jim Bridenstine, R-Okla., told Fox News.
Bridenstine is pushing for the enforcement of The Secure Fence Act of 2006. The law, signed by then-President George W. Bush, authorized hundreds of miles of fence construction along the southern border, in addition to more checkpoints, cameras, vehicle barriers and lighting to catch people.
His office cites findings that the U.S. only has “operational control” over 44 percent of the southern border, and notes the law requires 100 percent control. To achieve that, he wants the National Guard deployed to augment the Border Patrol and construction completed on 700 miles of double-layer fence.

The Federal Government, now faced with a crisis of the President’s making, is “dumping” incarcerated young people everywhere that it can. People in the City of Murietta, CA pushed back and there will be more push back.
The President denies that his programs have encouraged illegal immigration for the purpose of planting more Democratic Party voters in the US, however many believe that he lies — sort of the same way as “If you like your doctor, you can keep your doctor”.
One way to silence all of the Obama Haters in this matter would be to build the fence authorized in 2006 – that hasn’t been built.