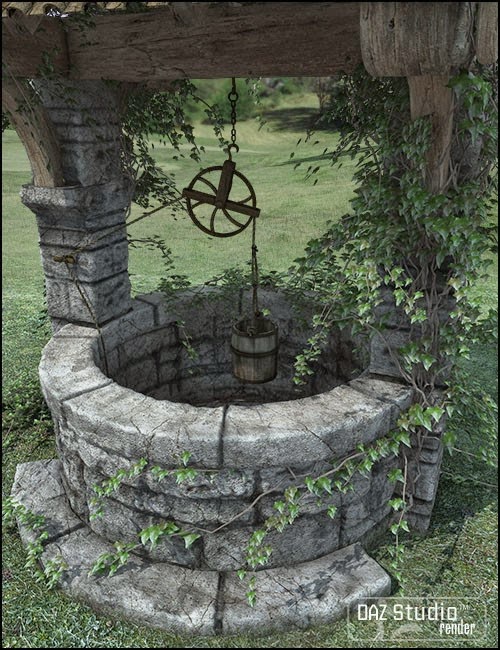 Facebook
Twitter
Pinterest
WhatsApp
A non-sequential series of fictional shorts. No, I don’t think that I’m Stephen King – just making a run at a different genre.

I haven’t seen you around here before. Welcome to Natasville. Oh, right, you’re with the people who bought the old Prentice home. You know that very house sits on the land where Hobb Natas first built his store so you’ll be living on prime real estate here in town. It’s very historic. We’ve tried to make it one of those State Historical Districts you see in the high-flautin’ towns but we were never able to make it happen for us. The governor wanted a sizable campaign contribution and we couldn’t put together enough scratch to make it a reality.

There isn’t much to see here except the cannon in the park donated to the city at the end of the Great War, the shell of a jet from the Viet Nam War, also in the park, and of course, there is the wishing well.

You haven’t seen the well yet? Oh, you will. We all go to the well to wish.
It was here before the first white men. Just a round hole in the ground in the middle of a field, but the Indians held it to be a sacred place. When Hobb Natas came here, there was rumored to be Indian burial scaffolds and skeletons. He wasn’t put off by heathen bones and bits of blue rock and feathers. He cleaned it out, set up his store, right on the land where the Prentice house, and your house, now sits.
The well? Yes, it was there back in those days. I think old Hobb must have put up a snake rail fence around it, but it didn’t keep the kids from dropping rocks or burning pieces of wood into it to see how far it was to the bottom. Problem is, you never heard anything hit bottom and the burning wood then, or today the road flare today burns out before it finds the terminus. Best you take a look yourself. The wishing well is about the only thing to look at here in town.
Yes, people have covered it up with planks and steel gratings. All sorts of things have covered it from time to time including a canvas tent, put up by the American Legion Post. It’s the lowest point in the area so it’s also a natural drain and if you cover it the area will flood at the first rain. None of the coverings remain for long.
I don’t precisely know why they don’t stay long, except the well doesn’t like it. It has more or less a mind of its own. It calls to you. It called to me: “Look down in the wishing well and it will take you down to Hell.” It’s not a terrifying voice, more like the voices of first grade kids singing it to you.

No, not the Vienna Boy’s Choir, don’t be silly. It’s simple, beautiful and persuasive.

Don’t look at me like that. Check it out for yourself. When you look into the well, the well looks back into you. It ponders your desires and wishes, it asks you to give it something and it gives you what you want in return.
It depends. Usually it prefers living things. You won’t see any feral dogs or cats running around Natasville. Once, and I don’t know this for a fact, when the Jones girl had a love child, the father was rumored to be Pastor Smith. He’s now moved on, but that baby vanished. Some say the baby was adopted out to a family of Christians in Shreveport, but people who think that never looked into the well.
Yes, it can be shocking, at first. Come on, I’ll show you and you can see for yourself. Let’s just walk across the street. You know people come here for different reasons, but the well will call to you. That State Senator who was involved with the intern and left his wife moved here to hide from the scandal. He jumped into the well and was never seen again. This is flat land here. There aren’t any bridges or high rocks to jump from. The well services that need for the locals who require an escape.
No, it doesn’t require a blood sacrifice. That’s just goolish talk. Look we’re here now. See, doesn’t that look like a perfectly ordinary round hole in the ground? Why would we need a guard rail? Everybody knows that you can’t even jump in the well unless it calls to you. I hear it now. Do you? Look down into the wishing well and it will take you down to Hell. So pleasing, so sweet. I see now that it’s no mistake that you came to Natasville. Step closer. There you go, one more step and you’re there.
Look over the rim, into the well, and the well will look into you.