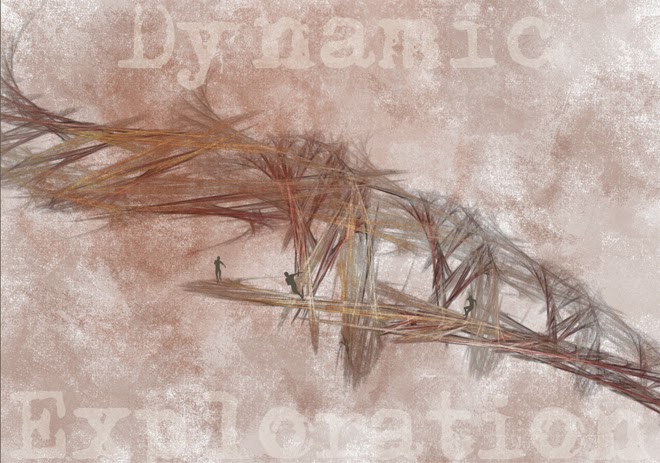 Mad Love
It happened as these things usually do. A scientist dabbled into matters best left alone. One day a careless lab assistant, charged with cleaning up mixed two vials of this and that, oblivious to the consequences…

They kept it alive in a vat in a laboratory, not because they wanted to study it, but because they were compelled not to kill it. In fact, the mere thought of disposing of this protoplasmic mass made the researchers ill. They saw an angry man wearing a hockey goalkeeper’s mask holding a chainsaw. They felt the walls close in and the ceiling drop toward the floor. The aversion to doing it damage was profound, and had been eerily customized to the set of phobias that each researcher most clearly identified with. Sometimes writing snakes covered the vat, at other times it was rats or spiders.
As their general disposition toward the bubbling, churning mass, created by accident improved as it bubbled pheromones and sent off good vibrations, anthems and hymns resounded and bon ami resulted.
Mostly students were exposed to the vat and its contents. They were the same people that thought Taco Bell was a phone company in Mexico; so fat that when they sat on a rainbow, Skittles popped out; so ugly that they made blind kids cry; the same kind of students who put down 911 on an employment application when an emergency contact number is called for. Which is to say, they were not the pick of the litter. Truth be told, the jerk-water college catered to idiots, which is why the protoplasmic mess was created in the first place and took hold upon their psyches.
Even though the story is not a new one, an evil scientist, bent on world domination happened to be walking down the hallway outside the chemistry lab and the protoplasmic mass called to him.
“Get me out of this asylum and I’ll help you.” The protoplasmic mass called.
“How you can you help me?” The mad scientist said, as if speaking to the wall. Now if it was anybody but a mad scientist, you’d be concerned. Since he is mad by definition, such conduct is de jur.
“I’ll make you rich!” The goo promised sincerely.
“I don’t want to be richer!” The mad scientist replied in his mind. “The President has me creating green energy companies that fail and I make billions.”
“I’ll make you famous!” The goo went to Plan B in the promise-them-anything department.
“The last time I received undo publicity, they locked me in a mental hospital.” The mad scientist said morosely. “Nobody recognizes my genius except other evil geniuses — and that takes us back to green energy.”
“I’ll get women for you.” The goo was on Plan C and threw everything at it.
“You can get ME laid?” The mad scientist was intrigued.
“Uh, sure.” The goo wasn’t certain it could deliver the goods, but at this point it had needed transportation more certainly than it needed to be trustworthy.