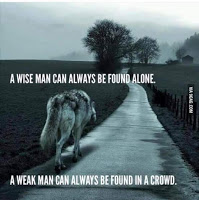 There shouldn’t be winter anymore with the promise of global warming.  But, even in August, we know that winter is coming. What started as a war against the weather in general is now a war against the winter – or a war for longer and colder winters – I can’t seem to get that straight.
Lately people have cautioned me that winter at the White Wolf Mine will be daunting and long. I explained that I’m an hour and a half from Sky Harbor Airport in Phoenix. You remember that place, where Bill Clinton sealed the deal with the Department of Justice to fix Hillary’s multiple felonies so that she wouldn’t be indicted before she could ascend to the Oval Office? Remember that former President Slick Willy Clinton with his bad heart and all was there to golf in 116 degree heat??? But I digress.
If we win the war against the summer, will snow plows be needed in Phoenix? And if that’s the case, shouldn’t I do something like invest in snow plows for desert communities across the Southwest? Soros might do that because he’s progressive enough to see that coming. Me, not so much. It’s a weakness that keeps conservatives like me, poor.

Is white hair natural camouflage during the winter months? I think that it is and if I reference the Game of Thrones, the White Walkers (ice zombies) are white, while the regular humans wear black. I don’t know why I mention this other than to state rather weak credentials to survive in the forbidding snow and cold…white hair…White Walker hair. Especially if I walk instead of driving the Raptor.
I’ve been warning LSP that his winter kit in Hillsboro, TX should include snowmobiles, or snow cats in anticipation of national success, but I don’t think that he takes me seriously. I have more confidence in our military’s capacity to win the war against the weather and to initiate global cooling than he does – I guess. Will Old NFO flee the ice storms of Texas only to find that the Port of Galveston (his exit route to the equator) is iced over? And what of Adrienne in North Idaho, buried under forty feet of snow, waiting for spring? Will she eat her dog to survive? Or will her dog eat her? Brig can cross the ice bridge between Northern California and Hawaii to hit the beach, so I’m not as worried about her making it.
In other news:
I was just signing some Arizona escrow related documents and they offer the signer two gender choices, MALE or FEMALE. There was no space for other options. In California there are 6 options. New York has 31 options (just as many as ice cream flavors). Arizona –  only two. I telephoned the escrow lady and asked her what I should put down if I’m a cotton-pickin’, finger-lickin’, chicken plucker. She laughed and said “male”… I think that in New York, that’s a category all it’s own.
Arizona didn’t ask my race either. I guess that they didn’t want to pigeon-hole me. Everything in California requires a declaration of racial identity.
Living here in the SoCal progressive heartland, I’m continually bombarded by social justice warriors who are looking to make a name for themselves.

Today’s so-called Social Justice Warrior is not a warrior at all. Merely a zealot. There is no onus on the zealot to hold himself or herself to a higher principle. The only thing a zealot understands, is that (s)he/it is emotionally invested in his/her/it’s beliefs above all else, and will use whatever means necessary to harangue, badger, intimidate, coerce, and control other people — so that the zealot gets his/her/it’s way. The world is artificially bent to conform to the zealot’s will.