This may or may not count as a Sunday Sermonette.

Overview: Texas brothers–Toby (Chris Pine), and Tanner (Ben Foster), come together after years divided to rob branches of the bank threatening to foreclose on their family land. For them, the hold-ups are just part of a last-ditch scheme to take back a future that seemed to have been stolen from under them. Justice seems to be theirs, until they find themselves on the radar of Texas Ranger, Marcus (Jeff Bridges) looking for one last grand pursuit on the eve of his retirement, and his half-Comanche partner, Alberto (Gil Birmingham).

As the brothers plot a final bank heist to complete their scheme, and with the Rangers on their heels, a showdown looms at the crossroads where the values of the Old and New West murderously collide. It has a strong TEXAS theme.

It’s dangerous to attend movies that aren’t the fifteenth remake of the original film, but I soldiered forward to view/screen the first version of Hell or High Water, without any preconceived notions except that “Rotten Tomatoes” gave it a 98% positive rating. That’s almost unheard of. 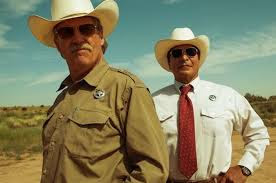 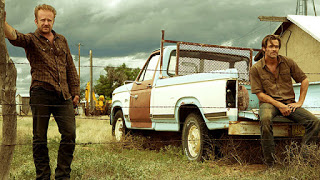 The sub rosa message of the film is an interesting one that people who live in rural Texas may understand — and some of the rest of us as well.