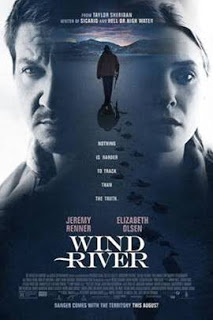 I haven’t spent a lot of time in Wind River Country/Lander Wyoming area for a couple of decades. It’s wild and beautiful country. Intelligence and SPECOPS people trained up there with mules, which were used extensively in the early days in Afghanistan before Big Army took over.
When I was a kid, we used to be up there some summers and I loved it. I also loved Star Valley, WY and still have friends who live there today.
The feature film, “Wind River” takes place in that same area. The cinematic work reminded me of the place and of the past, so there was a sentimental bent out of the gate.
I took some time out this weekend to see the film and I liked it. There were a few lines like, “there aren’t any millionaires in Jackson Hole, the billionaires pushed them out.” I recall Jackson Hole 50 years ago and today it’s unrecognizable. One liners aside, I found the story interesting and the action as honest as you’re going to find in a Hollywood production.

Cory Lambert is a Wyoming wildlife officer/game warden, who finds the body of an 18-year-old woman on an American Indian reservation in snowy Wyoming. Because it appears to be a murder, the tribal police are obliged to call the FBI. Jane Banner, an inexperienced FBI special agent arrives to run the investigation and they learn that the victim was raped at the postmortem. Teaming up with Lambert as a guide, the duo soon find that their lives are in danger while trying to solve the mystery of the teen’s death.

Art is a matter of personal preferences, but I recommend the movie as entertaining. I didn’t look at my wristwatch once while viewing the film.