Starting a War with Russia? 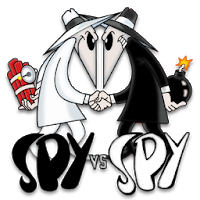 Facebook
Twitter
Pinterest
WhatsApp
John McCain and Lindsay Graham are beating the drum for a cold war with Russia in the US Senate. It’s as good of a reason to build more and better war machines as any other, but before we start the war, we need to take a long look in the mirror.
The USA has been engaged in a cyber war with Russia for a long time. In fact, we’re engaged in cyber espionage every single day of the year not only in Russia but elsewhere in an effort to *covertly engage our ‘enemies’ and reduce their economic capacity.

TAMPERING WITH CRITICAL INFRASTRUCTURE
This example, cited by Curt at the Daily Time Waster: A CIA operation to sabotage Soviet industry by duping Moscow into stealing booby-trapped software was spectacularly successful when it triggered a huge explosion in a Siberian gas pipeline.
There is an article today that suggests that the Russians have been intruding into a Vermont power company’s computer system and we see OUTRAGE. However we allegedly blew up their gas pipeline in 2004.
TAMPERING WITH ELECTIONS
Barack and others are howling about how Russia collected information from e-mail and made it public through Wikileaks. Assuming that’s correct and it was Russian national actors rather than a false flag operation conducted from Ft. Meade by people who don’t like Clinton, how is it so different from Secretary Clinton’s gambit to delegitimize Vladimir Putin’s election in 2011?

(NY Times) MOSCOW — Prime Minister Vladimir V. Putin accused Secretary of State Hillary Rodham Clinton on Thursday of inciting unrest in Russia, as he grappled with the prospect of large-scale political protest for the first time in his more than decade-long rule.

In a rare personal accusation, Mr. Putin said Mrs. Clinton had sent “a signal” to “some actors in our country” after Sunday’s parliamentary elections, which were condemned as fraudulent by both international and Russian observers. Anger over the elections prompted a demonstration in which thousands chanted “Putin is a thief” and “Russia without Putin,” a development that has deeply unnerved the Kremlin.

Speaking to political allies as he announced the formation of his presidential campaign, Mr. Putin said that hundreds of millions of dollars in “foreign money” was being used to influence Russian politics, and that Mrs. Clinton had personally spurred protesters to action. The comments indicate a breakdown in the Obama administration’s sputtering effort to “reset” the relationship between the United States and Russia.

“I looked at the first reaction of our U.S. partners,” Mr. Putin said. “The first thing that the secretary of state did was say that they were not honest and not fair, but she had not even yet received the material from the observers.”

“She set the tone for some actors in our country and gave them a signal,” Mr. Putin continued. “They heard the signal and with the support of the U.S. State Department began active work.”

Barack closed 2 Russian facilities, now denounced as nests for spies, that the US has known about and condoned since the 1970’s – or maybe before that, and publicly PNG’d 35 Russian diplomats suspecting of being part of their clandestine service, here in the US under diplomatic cover.
Under most circumstances, the Russians would close the USGOV dacha outside Moscow and would expel 35 American diplomats, suspected of being part of our clandestine service, in Russia under diplomatic cover.

I understand clandestine activity and the need for an aggressive HUMINT service. However, before we stand on a podium and wrap ourselves in the flag, we need to acknowledge that we do the same things to the Russians that we are accusing them of.
Senator John McCain’s outrage may be real, but come on, John. One way to avoid this is to agree with the Russians to scale it back. We don’t screw with them and they don’t screw with us. We’ll still conduct espionage and steal secrets as will they but we don’t blow up their gas pipelines and they don’t take down our electric grid. We leave their elections alone and they do likewise. This can be managed. The Russians are as reasonable as we are. We agreed many decades ago not to kill their clandestine officers and they don’t kill ours.
Russia has signaled a willingness to do this and I think that we need to try and take them at their word. Despite what popular media would have you believe, we’ve been able to do this with the Russians in the past. Why start a war that we don’t need to start? Unless you want to use it to justify building more and better war machines…