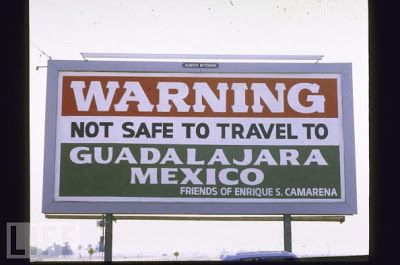 For years, Guadalajara, capital of Jalisco State dodged the violence that gripped other parts of Mexico. That’s over now and the beheadings and murders are back on track, with only a fraction being reported by the local press.
Fox News Reports: The head of Mexican state police department targeting car thieves has been slain by gunmen who attacked his vehicle. The attorney general’s office of Jalisco state says Jesus Quirarte Ruvalcaba and his wife, Maria Guadalupe Aldrete Rosales, were killed Thursday morning in the city of Zapopan on the outskirts of Guadalajara. Authorities say Quirarte and Aldrete were apparently on their way to work in a state-owned Dodge Ram when gunmen fired on them. Investigators found about one hundred 9 mm and 7.62 mm casings at the scene. 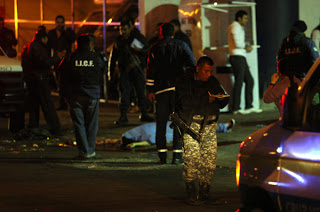 Violence has spread in Jalisco recently as rival gangs battle for control of crime. On Feb. 12, armed men attacked a Guadalajara nightclub, killing six people and wounding dozens more.
To put the problem into perspective, Jalisco State has been claimed by the Sinaloa Federation Narcotics Cartel. Another group calling itself “The Resistance is pushing back. The Resistance is comprised of a mixed group of former Mexican Special Forces and police gone rogue (Los Zetas) and members of other rival cartels that have drawn together to fight a common enemy. 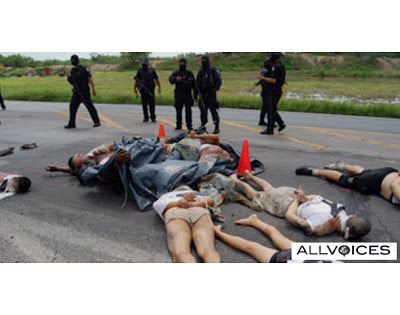 To put it bluntly, it’s no longer safe to be on the streets of Guadalajara after dark, and it’s really a shame, because traditionally it’s been a rather nice city. Reports from town directly to this blogger indicate that many are leaving the city because they expect the gang war and violence to increase. I think that’s an accurate litmus test. As Fox news reported (further), “Armed men opened fire and hurled a grenade into a crowded nightclub early Saturday, killing six people and wounding at least 37 in a western city whose former tranquility has been shattered by escalating battles among drug cartels.”
Read more: http://www.foxnews.com/world/2011/02/12/attack-mexican-nightclub-kills-wounds/#ixzz1EuqmSAey