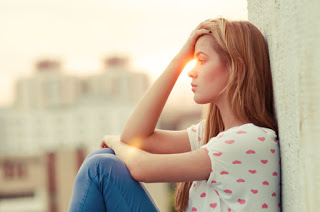 I may need to put your mind to rest here.
What Sheriff Tom might not have known is that even though I had an unsuccessful marriage, we did manage to do something right. We had a daughter. Even though my wife wasn’t the perfect fit for me, she was one heck of a good mother. My girl is in college and I couldn’t be prouder of her. Naturally, she’s ashamed of me, never comes around nor brings a beau or friend. I’m nobody to brag on, even though I did support her mother and help her with her schooling.
Breaking an arm or a leg of somebody who stood in the way of finding and returning a witness, particularly if it helped some young lady, hoor or not, is something that I am not adverse to.  Murdering a young lady who was at the wrong place at the wrong time to satisfy a corrupt sheriff was nothing that I would ever countenance.
“I think that we will play this my way, Tom.”
The Sheriff gulped nervously, the beady eyes in his fat face focused on the handgun tucked in behind my belt. “And if you reach for the revolver, I’ll kill you. Just so we’re straight.”
“What got into you, Willis?”
“Don’t say nothin’ let’s take a look round this place.” He moved to a window.
Inside of a trailer, two thin women with sores on their faces watched an old black and white television show on an old TV. A wide-eyed, June Cleaveresque housewife in a picture-perfect white dress vacuumed the floor of a picture-perfect house. One of the women spoke to the other, “In the fifties, the housewives got ahold of Dexedrine and Benzedrine.” The lady on the TV attacked the same spot over and over again, one hand clutching the vacuum, the other stiffly holding a cigarette. “Now that’s a classic speed freak for you, skinny and cleaning the house. I’ll bet her poor husband never knew what hit him in the sack either.”
“I didn’t get it myself,” the other woman added. “Ever see a long-haired tattooed freak buying up all the cold medicine he can lay his hands on at three in the morning. It took experience beyond checking people out at the Piggy Wiggly that taught me that he ain’t got no cold. He’s a cook.”
Willis shoved Tom down to the next trailer and he looked through the window of the kitchen, covered with foil. Willis opened his pocket knife and cut through the screen that held broken glass and foil in place. He peeled back the foil, then gave Tom a look. “Looks like they’re cooking.” He took note of drain cleaner, hydrochloric acid, match heads for red phosphorus, ether and of course the cold medicine for Ephedrene. They could both see further into the trailer, tweakers binging. The land of the perpetual night party. Day swallowing night and night swallowing day, the crank compressing time like some diving piston on its awesome downstroke.
Willis saw it before.  Tweakers, lokers, and slammers coming and going, swearing eternal allegiance and undying love for one another, only to wake up after the binge and realize that they wouldn’t walk across the street to piss on one of ’em if their head was on fire.
“Take that star off your belt, Tom and we’ll go to reception, talk to those inbred rednecks, and see how this all plays out.”