Somebody needs to share the message with the Leader of the Free World that the nation was built by working people, not by people (eaters of other men’s bread) who fed from a pool of money taken by the government  and then given to them to buy their patronage and votes.
Socialism is a tyranny and is a form of slavery. I realize that’s not the way that Hollywood or the mainstream media sees it, but it’s true all the same. The only way to peddle it to Americans is to do it with lies. 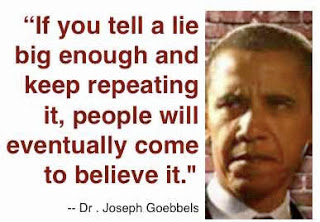