Where is Hillary Clinton? 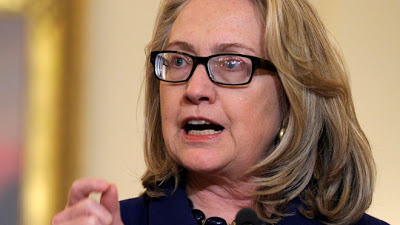 Facebook
Twitter
Pinterest
WhatsApp
Ever since John Kerry replaced Hillary Clinton as Secretary of State, Mrs. Clinton (pictured above) has been conspicuously under the radar. I’ve heard that she has undergone plastic surgery to stretch the skin on her face to make it appear more youthful. One can only hope and pray that it doesn’t go horribly wrong the way that Nancy Pelosi’s procedure did. I have also heard that in addition to a series of surgical efforts that Mrs. Clinton is at a fat farm to trim off those extra fifty or so pounds that she tacked on at state dinners while SecState. She’s also getting her teeth capped the way that Vice President Biden did in order to polish her politician’s smile. There are a lot of babies to kiss on the campaign trail if you want to be ‘leader of the free world. In her run for the presidency, she doesn’t want to appear to the public the way that she did as Secretary of State – a bitter old crone.
Can Hillary shake off the Benghazi Stain? What does it matter? 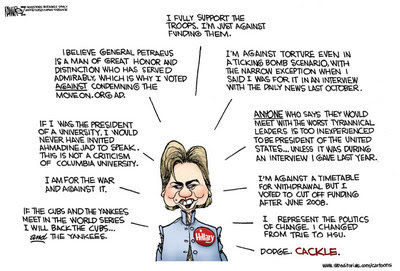 Known to change position on major issues to suite political polls, Hillary Clinton feels that she can follow along, behind Barack Obama, in an effort to fundamentally transform America. Obama’s work will be unfinished. Hillary will be to Barack as Stalin was to Lenin.
When she emerges from her period of recuperation after her surgery, weight loss and renewal, she’ll enter the American stage with a bang, re-booted for victory in 2016

These are the old faces of Mrs. Clinton: 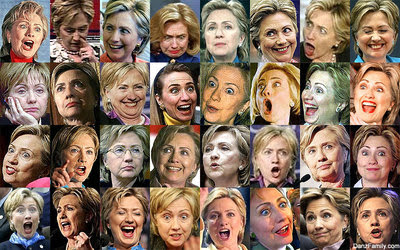 You’re going to have to wait to see the new face.