Do YOU Dare to Call it Treason? 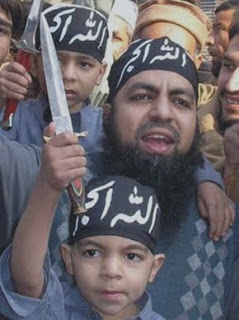 Facebook
Twitter
Pinterest
WhatsApp
The US has been at war with various and sundry radical jihadi factions since September 11, 2001. I’m going to focus on the US. Britain and France have different bodies of law and I’m unfamiliar enough with their way of looking at things, so I’ll stick with what I know.

Jihadis in the US (so-called home-grown terrorists) are engaged in treasonous activity since we are at war with their masters.

Breakdown of the offense:

Every single matter involving a lone wolf or other coordinated attack involves active participants and supporters (passive participants). All can be held guilty. The radical mullahs in the mosques can be said to ‘adhere to the enemies of the US’. They can be held guilty under the statute as well. There is no cap on the fine and they must spend at least 5 years on prison – but they can also be executed.
Why aren’t we rounding up those who advocate making war against the citizens of the United States from among the ranks of the jihadis in the US, charing with them treason, locking them up and fining them or executing those actively plotting violence?
How difficult is this? The elements of the crime are not difficult to prove. We are at war and we are losing people to radical islam on foreign shores every day. How would we have handled NAZI spies in 1942? What’s the difference?
Nothing of what I suggest above involves interference with the free exercise of religion. Islam is a religion and it’s Constitutionally protected. Owing allegiance to the US and levying war, giving aid and comfort to those who do or advocating war against the US while we are at war with soldiers in the field is treason.