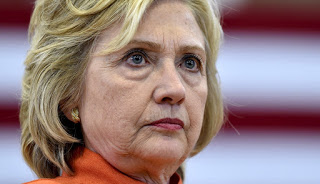 Another week begins, with events unreported and unexamined by the corrupt, elite, smug, evil, lying, mainstream media, which is focused on removing President Trump from office and replacing him with somebody more acceptable to them — somebody like Hillary (Crooked Hillary) Clinton, queen of the Deep State. They would also have accepted Jeb!

As usual, this blog will try and bring you up to speed in part with events that the media neglects to share. 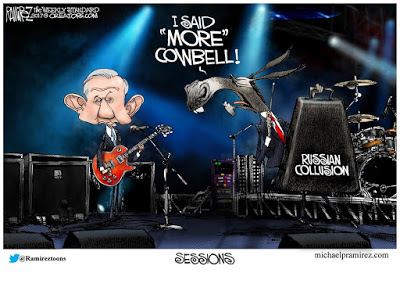 The British still are in a position of not knowing whether to, “shit or go blind” in regard the ongoing problem with Mohammedans and the reaction of the British population to the beloved Muslims. There is a lesson here. Irresponsible immigration problems including EU foolishness, can have severe, long term, repercussions. In England the most popular baby name in 2016 was “Mohammed”. Make of that what you will.

I’ve commented a number of times on this blog about the causation of the current situation in Afghanistan and it’s not a secret. Pakistan manufactured the Taliban lock, stock, and barrel. A generation of Afghan children are reaching maturity now who have never known a time when non-Afghan military forces have not been present and fighting in their country. The fighting has no end in sight. The Taliban will be defeated, if ever, in Pakistan, where the leadership still lives comfortably. Even then, Pashtun tribal fighters would still attack foreign soldiers, but attacks would be less organized and less well-supplied.

China has inserted itself as a Pakistani ally even more forcefully over the past three years so US action against “Taliban in Pakistan” could be construed to be an attack on a Chinese ally.

There was a time when I was a species of expert on Afghanistan (back before Afghanistan was cool), and the situation there is unlikely to improve in the long term no matter how many soldiers that the US puts in place. How many trillions of dollars is it worth to put young American men in danger for the sake of a conflict that we can’t solve without crushing the head of the snake (Pakistan)?

Insider Attacks – often result from personal friction between Afghans and foreign soldiers in the same base. They are not necessarily the result of Taliban sleeper agents, but often the result of the profound cultural differences between modern Western soldiers and Afghans. Nevertheless, the Taliban invariably claim responsibility. For example, on 11 June, the Taliban claimed responsibility for an insider attack in which an Afghan soldier killed three US soldiers and wounded a fourth in Nangarhar Province.

Whatever the motivation, these attacks have significant consequences beyond the casualties. They destroy the trust that is essential in an allied fighting force and compel enforcement of safety precautions that can demean the Afghans, such as bans on weapons or ammunition for Afghans during training or at meetings.

Taliban Attacks – On 18 June, a Taliban force of six gunmen and a suicide bomber attacked a regional police headquarters in Gardez, the capital of Paktia Province.

One attacker blew himself up in a car at the entrance to clear the way for the others to rush into the building. Afghan police special forces killed four of the insurgents but two held out for several hours.
The attackers killed six policemen and wounded nine police and 13 civilians.
Taliban spokesman Zabihullah Mujahid claimed responsibility for the raid. “Around 6:20 this morning a martyr attack was conducted by our mujahideen against a special forces base in Gardez, Paktia.” He claimed the attack killed and wounded more than 100 people.
The base is located in the center of Gardez and contains both regular policemen and police special forces. Despite the lapse in security that enabled the attackers to reach the police headquarters, this attack failed.

US Perspective (commentary) – I don’t disagree that if the US withdraws from Afghanistan that the government would fall to Islamic extremism and the place would become a nesting ground for terrorism that could indeed find itself involved in attacks in the US in the future. But there is no exit strategy from that perspective, because of Pakistan (and China). It will continue to be a festering, weeping, wound. While it’s true that US soldiers and marines gain a great deal of combat experience while serving in a cauldron such as Afghanistan, I hate the idea of exchanging lives and treasure for combat experience. My son-in-law is a 50% disabled veteran from his service in Afghanistan and I have (an old) scar across my scalp from service (long before official US intervention there) there. Both of us are Navy – and Afghanistan has no shoreline…

On 18 June, Iran’s Islamic Revolution Guards Corps (IRGC) announced that on Saturday, the 17th, it launched several missiles into Syria, targeting Islamic State fighters in retaliation for the attacks in Tehran on 7 June.

“Medium-range missiles were fired from the western Iranian provinces of Kermanshah and Kurdestan, and a large number of terrorists were killed and weapons destroyed,” the Guard said in a statement published on Sunday.

It said the attack targeted “a command base of the terrorists in Deir ez-Zor…. The spilling of any pure blood will not go unanswered.”

Iran did not identify the type of missiles launched, but Israeli press reported they were Shahab-3 medium range ballistic missiles. This missile is a derivative of the North Korean No Dong ballistic missile and has a range of 1,200 kms/ 800 miles.
The Iranian missile strikes are the first reported ground-to-ground attacks from Iran into Syria since the civil war started in 2011. Iranian press said these were the first missiles fired at targets outside Iran in 30 years.
This attack has important implications. If there was any doubt, the Iranians just demonstrated they also can use long range weapons to target and attack the Islamic State and any other enemies of the Assad government. That could include US-backed forces in the US-led coalition.
Previously the Russians were the only combatant to launch missile attacks. They tested new missiles and tactics. This attack conveys Iran that can do the same thing and is willing to do so. Iran’s missile forces gained some targeting experience, just days after President Putin said the experience was priceless.
The selection of targets in Deir ez-Zor is noteworthy. The attackers in Tehran were recruited from within Iran, according to Iranian news reports. Iran’s revenge against the Islamic State was delivered in Syria. Even an Islamic State command complex in Syria most likely would not have been aware of the Tehran attacks, being a bit preoccupied.
The genius of the Iranian targeting is that the missile attack avenges the Tehran terrorist attack, while providing support to the Iranian-backed militias that appear to be trying to reach Deir ez-Zor before the US-backed Free Syrian Army militias based at Al Tanf and Zakf.
US in Syria

Echoing a report that our fellow blogger, Brig, sent by e-mail, US Central Command officials confirmed that on Sunday, 18 June, a US Navy F/A-18E Super Hornet shot down a Syrian Su-22. At this point we do not know whether it was flown by a Syrian or a Russian pilot.
The US command said that two hours before the aircraft was shot down forces loyal to Syrian President Bashar al-Assad attacked SDF fighters, “wounding a number” of them and driving them from Ja’din, a village slightly north of Resafa.
The US command said that it called the Russians on the de-confliction phone line “to de-escalate the situation and stop the firing,” before the air engagement.
The US said its forces acted in self-defense after the Syrian aircraft dropped bombs near US-backed Syrian Democratic Forces (SDF) fighters. “In accordance with rules of engagement and in collective self-defense of Coalition-partnered forces, the aircraft was immediately shot down,” said the US military in a statement.
The Syrian army said its aircraft was on a mission against an Islamic State target when it came under fire, according to state television. The Syrian government warned that the incident could have “dangerous repercussions” on efforts to fight terrorism. One news report said the Syrian pilot was killed in the crash.
This is the fourth incident in which US forces have attacked forces fighting for the Syrian government that threatened US-backed militias. US and US-backed forces are in the interior of Syria against the express public orders of the Syrian government. The Iranian missile attack provides a glimpse of one possible escalation scenario. The Iranians have Syrian authorization to attack groups that seek to overthrow the Assad government.
These can no longer be considered inadvertent incidents. The Syrians are no match for US forces, but the incidents are reinforcing President Assad’s message that US forces have no legal right to be in Syria. Without Syrian authorization, there also could be legal ramifications from losses of life and property damage.
Ja’din village is on the south side of the Euphrates River and some distance from the river itself and from Raqqa. It appears to be another expansion of the perimeter of US-backed militia forces. Expansion of the US perimeter at Zakf could lead to more clashes with forces fighting for the Syrian government. The same warning applies to the forces at Raqqa.
The Syrian government’s forces and allied forces want to take Deir ez-Zor. They also expect that control of Raqqa will be transferred to the government of Syria. If the US-backed SDF declines to transfer control to the Syrian government, the civil war will enter another new phase. (The Syrian Kurds want to claim Raqqa as part of Syrian Kurdistan)
As the Islamic State declines, the alliances of convenience are breaking. There will be more clashes as the government asserts its right to rule and looks beyond the destruction of the Islamic State.
Mali

Four gunmen attacked a luxury resort popular with Western expatriates east of Bamako on 18 June. They killed two people and injured two. Mali’s Security Minister said that four gunmen were killed.
French counter-terrorism forces assisted the Malian forces in gaining control of the situation. Mali is part of French Equatorial Africa and as such is one of their vital interests. As has been pointed out on this blog in the past, Mali and Niger supply uranium to France. France derives 80% of its domestic power grid from nuclear power.
Initially, government authorities thought this was a bandit attack, but they are now calling it a terrorist attack. No group has claimed responsibility. It is the first attack in Bamako since November 2015. Mali continues to merit its reputation as the most dangerous UN peacekeeping mission.
US Commitment to Africa

The US under the Obama Administration vastly expanded its commitment to African security by adding US bases and personnel. For the most part that activity has not been reported by the media, but it always bears watching.