Thoughts on the Shut Down 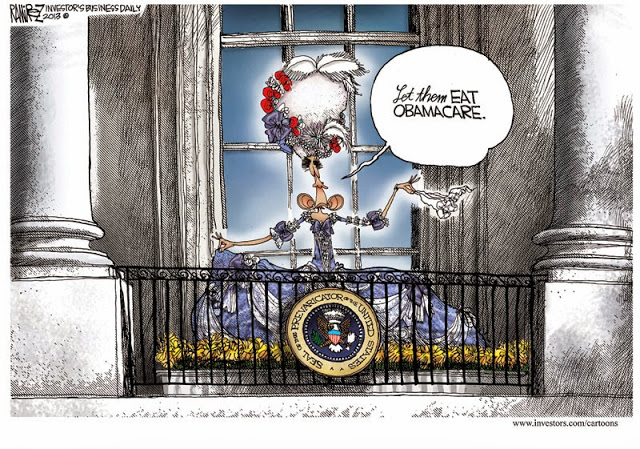 The American people are going to receive a lesson in spending “other people’s money” with ObamaCare as their premiums and deductibles soar.  Maybe that’s a good thing. The best lessons are the ones that are learned hard. In Chicago, the Obama homeland, insurance plans with the least expensive monthly premiums, touted by state and federal officials as proof that the new law will keep costs low for consumers, have deductibles as high as $6,350 for individuals and $12,700 for families. (source IBD)
The Jabber Jocks in the mainstream media have gleefully predicted the end of the Republican Party because of the shut-down. It may go like that, or ObamaCare may be the pivot on which the public wakes from it’s Obama induced coma.
Will people remember the shut down when it’s time to vote again in a year? Unlikely. Americans have a very short memory, which is why they returned Obama to the White House a second time.

The Federal Government needs to shrink to roughly half its present size by leaving to the states the matters best controlled locally — but it’s not going in that direction. Most of Washington DC never met a ‘program’ that they didn’t like. It all comes down to buying votes.