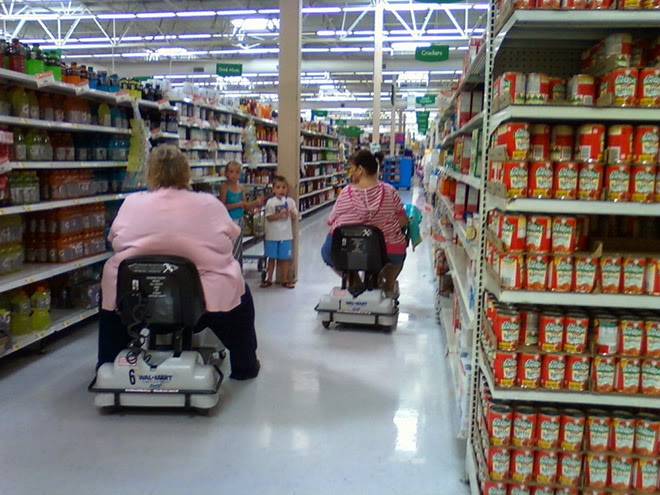 Facebook
Twitter
Pinterest
WhatsApp
There may come a day when I’m so obese that I’ll need a scooter to get around Walmart. However, for the fully ambulatory, it’s a pain in the neck. Not that I spend a lot of time in Walmart, but the carts keep me there a lot longer than I want to be on any given visit because they populate every aisle.

I fly on United Airlines and many of the flight attendants seem that they shop at Walmart because when they wedge themselves down the center aisle of the airplane, the fit is as tight as it is on a Walmart aisle. And no, I’m not just taking a shot at the women. The Men-of-Walmart are every bit as big and are also aisle hogs. 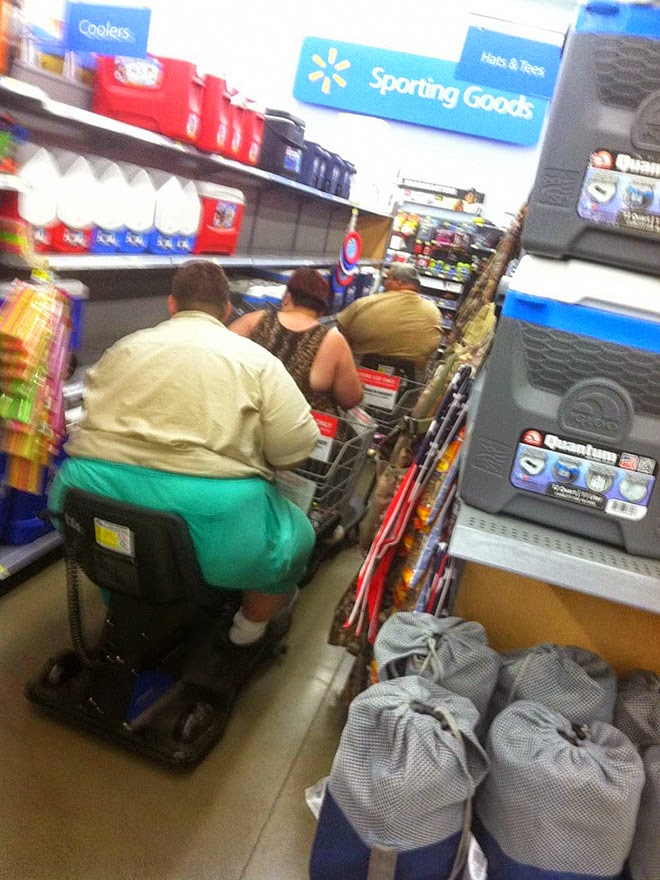 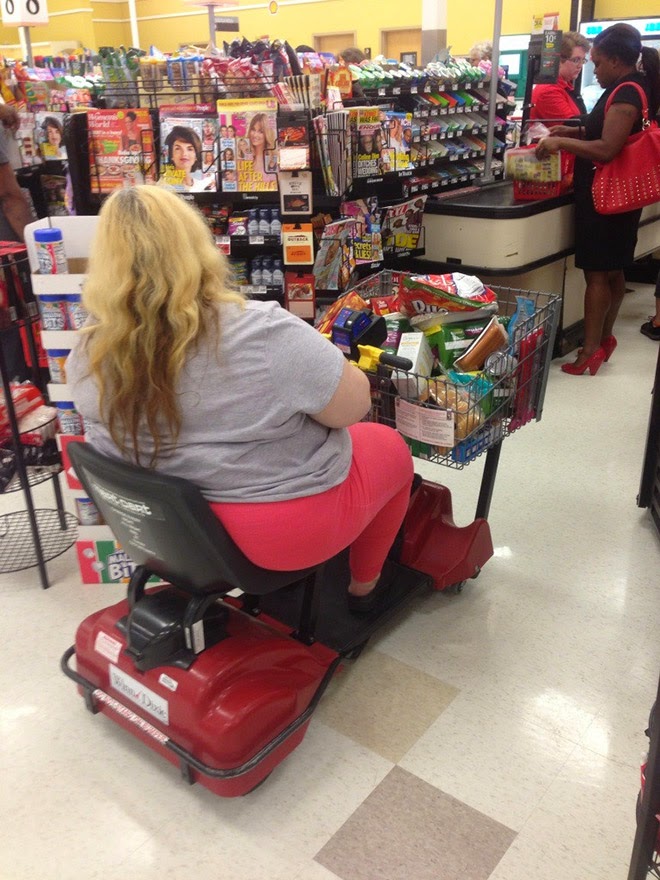 Just when you find an aisle clear of those motorized fat people go-carts, you have to reach over a sleeping Walmart employee to pick something that you want off of the shelf. 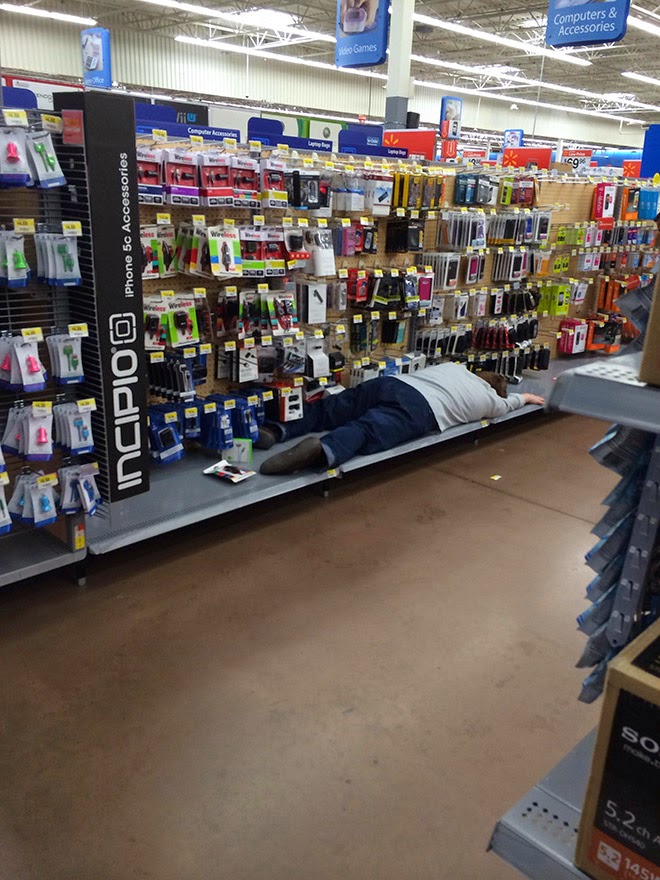 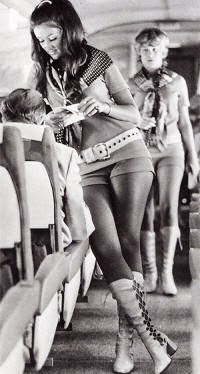 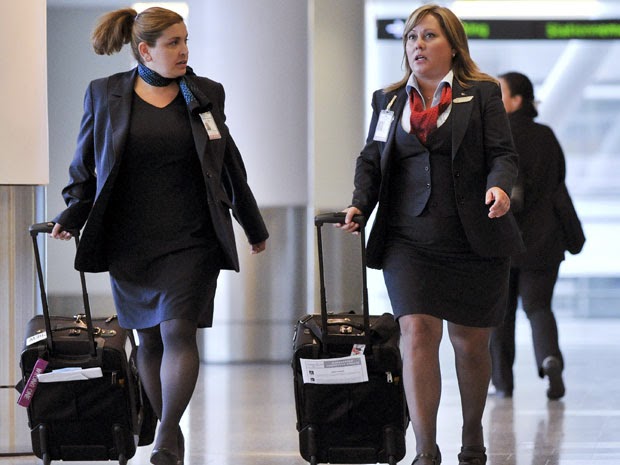