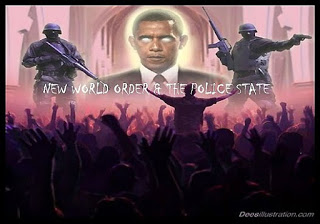 Facebook
Twitter
Pinterest
WhatsApp
Vigilante Moon (continued)
a fictional short
Dewey walked back into his pawnshop once I handcuffed the bum, so he watched from a distance. When I keyed the microphone, it sent out a GPS signal with my precise coordinates. There are also GPS transponders that we’re supposed to wear, but none of those work.

I called for the Short Bus on the radio for a transport.  The armored three-ton “Short Bus”  (Mine Resistant Ambush Protected) six-wheeled paddy wagon roared up while he was still twitching, though now handcuffed and searched.

Corporal Bruce (Blue Moon) Mooney worked for me and drove the armored car that was mine-proof, bullet-proof, grenade-proof, everything but idiot-proof.

Mooney had a long, hang-dog, wrinkled face. He’d been on the job twenty longer than me and had a serious alcohol problem, which is why he drove the wagon. It was almost impossible to dent the Short Bus no matter what you hit, and he hit a lot of things when he was in his cups.

I handed Mooney what I found on the guy. “His name is Mark Fuller and he’s carrying army credentials, even though he’s out of uniform. He’s also got a small army issue handgun.”

Mooney bagged the ID and gun, then I handed him the magazine I’d taken from the pistol. “It’s one of those fancy pistols that only fires if the DNA of the trigger puller matches the chip in the weapon.”

“That means he’s either a very good army imposter or he’s a soldier here on the street out of uniform, wearing long hair, with a yen to hurt a cop.”

“Did he try anything on you, Sarge?”

“He wanted to, but I blasted him for good measure before he got the chance.”

I helped Mooney lift Soldier Mark Fuller into the coffin on the back of the wagon. They aren’t real coffins. They look like metal coffins and we use them to transport incapacitated prisoners. You dump the prisoner in the coffin and it’s moved into position on top of the wagon by means of a hydraulic hoist.

Before the coffin snapped shut, Drummond walked up to me, dressed in his bum clothing.

“The damned blasters are effective.” Drummond observed dispassionately, “But you’ll have hell to pay.” Then he looked up at me, because I’m taller than he is.

“Yeah, they’re with me. They’re from the Federal Protective Police.”

“Nobody told me about an operation in my district, Drummond. The rules call for me to be informed. If I’m not, I’m not responsible for any pre-emptive action I take.”

“The Protective Police can do more or less anything they want.”

“He doesn’t have police identification. He has army identification, he’s out of uniform, and he may be a fancy fed, but he wasn’t blaster-proof was he?”

Drummond’s voice grew plaintive, “I said he was with me, Sergeant Muldoon.”

“How many times have you busted my chops, Drummond?”


The coffin clanked home on top of the wagon and the retaining latches engaged.

Drummond shrugged. “Fuck ‘em. Frankly, Muldoon I don’t care much about the guy. He treated me like a local.”

“I was an army officer, a federal officer,” Drummond said somewhat wistfully.

“You’re a Party man. You do what the Party says, right?” Drummond looked at me hard and I saw for once that he wasn’t all together pleased with who he was. I filed it away and slapped the armored flanks of the wagon. Blue-black smoke belched from its smoke stacks as it powered up and lumbered from the curb into the street.

Lieutenant Howard Chang, even more of a lush than Corporal Mooney, served as the watch commander and my immediate boss for the South Side. Drummond called ahead so Chang was aware of something afoot, but neither he nor Drummond cracked the coffin with Soldier Mark Fuller, or whatever his real name was, still stuffed in it. In fact, Drummond was nowhere to be seen.

A couple of hours had passed since Mooney hoisted it onto the wagon. I didn’t like being called a flatfoot, so I let the situation mellow. I imagined that it was getting ripe in there – and hot. Oxygen ported into the coffins by way of ducting so unless he vomited and aspirated it, it was unlikely he’d die from asphyxiation while confined. But if he wasn’t dead, he’d be conscious and furious inside the coffin with his full trousers getting raunchier.

I met the lieutenant near the wagon. Mooney stood more or less to attention near the rear of the wagon.

“Muldoon, what are you doing out there on my streets?” Chang asked. His Asiatic eyes were narrowed to even finer slits than they had been.

A light went on in Chang’s more or less pickled mind and his eyes opened, hopeful. “What did you come up with, Muldoon?”

“Contraband alcoholic beverage, no tax stamps. A whole case of Tullimore Dew export grade.” Dewey gave me the case to bring in because he thought somebody was going to be upset about the electroshocked fed.

Chang pulled me aside by the arm, out of earshot from Corporal Mooney. “Where did you find it?”

“Not far from where I arrested this guy. I think maybe he’s an army deserter and had the stash.” Untaxed alcohol is a very serious crime as are all crimes where a Party stamp is required on goods.

“Someone is coming to collect the guy, but there is no need to indict a young soldier for that sort of indiscretion, is there?”

“For wanting a drink? Certainly not, Lieutenant Chang. Perhaps you could book the evidence, or destroy it. It’s not a task I want to delegate to Corporal Mooney because he’s a man given over to drink and might consume some of the contraband in the process of its destruction.”

“I agree to take charge of it. Where might it be?” Lieutenant Chang licked his lips involuntarily.

I handed the lieutenant the keys to my black mariah, the armored cruiser that I drove – perquisite of a sergeant because of Party membership. “It’s in the back.”

Lieutenant Chang took the keys and that’s the last I saw of him on that shift. I found the keys to my car on his desk later that day.

“Drop the coffin, Mooney. Let’s see what we have inside.”

Mooney had the coffin half-way down when Captain Wilbur Drake walked up into the enclosed bay, called a sally port, that held the Short Bus. Two civilians in natty business suits followed him.  One short, the other taller than I am.

“I think you pissed off Captain Drake.” Mooney said to me.

“You’ve got a remarkable grasp of the fucking obvious, Blue Moon,” Captain Drake told Corporal Mooney. Drake is known for his remarkably acute hearing. Some credit that and that alone to his rise in the ranks to Captain. Others attribute his rapid promotion to a wife that didn’t hesitate to pleasure superior officers who had the power to recommend for promotion.

Drake talked a good game when he chewed me out, but he used to work for Dewey when he’d started on the department and as a result, I know where the skeletons are buried. I always took the reprimands with due humility, but knew that he knew that there were limits. For the most part, he’d yell at me in public to let everyone know I didn’t enjoy any special privileges.

“One of these days, I’m going to grab you by the stacking swivel and shake the stupid out of you, Muldoon.”

“I’m a poor excuse for a sergeant, Captain Drake.”

Drake ordered, “Drop the goddamned coffin and let’s have a look at this—pride of the Federal Government.

Mooney lowered the coffin to the concrete deck and toggled the release button. Air hissed and the retaining latches snapped open.

Agent Fuller sat up, forming a ninety-degree angle with his waist as the pivot point.  He sucked in a deep breath. My eyes began to water from the corrupt smell erupting from the coffin. Vomit, shit, piss and every other possible leakage from a human orifice each had their own peculiar offensive smell. When combined, the synergistic effect made me want to puke, but I didn’t.

“I’m gonna kill you cop!” Fuller croaked, looking up at me through puffy, red eyes.

The shorter of the two feds spoke up.

Fuller closed his mouth as ordered.

I went away with the feds and Captain Drake while Mooney took a fire hose to Soldier Fuller, or whoever he was, and the inside of the coffin. Thankfully, the interior of those coffins are designed to be washed and reused without much more than a fire hose blast.

The shorter Fed identified himself to me Erasimo Tambunga. Many of them take African-style names because it is the fashion and demonstrates their commitment to their heritage. All Federal Protective Police members are negroes. Soldier Fuller’s skin had a milk chocolate luster. Tambunga had skin black as anthracite.

“Fuller is a trench monkey, Sergeant Muldoon. I’m sorry if he caused you any trouble.” That sort of language coming from a fed constituted an ominous change in behavior. My guard snapped up though my face remained a mask of appreciation. “But he’s out there on the street on a special mission. Alderman Wlibur Quail is missing and we suspect foul play.”


“This is the first I’ve heard of that.”


Tambunga said, “I argued for letting the locals know but it’s a Party matter first when one of our leaders is unaccounted for.”

“You can call me Erasimo, and yes I think that it’s time we put the word out that Alderman Quail may be the victim of foul play. As a police sergeant, you know that subversive elements remain in our model society no matter how well off the citizens are. There was even a serpent in Eden, Sergeant Muldoon.”