Thoughts on the Price 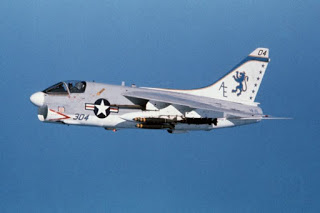 On May 23, 1984 Vought A-7D Corsair II #72-0249 piloted by 1LT Eddie J. Torrez, USAFR, call sign TACO 81 was part of the detachment of the 150th TFG from Kirtland AFB, New Mexico Air National Guard. They deployed to Nellis AFB, Nevada to provide dissimilar aircraft to support the air-to-air training curriculum of the Fight Weapons School.
The other aircraft in this flight was a F-4E, call sign OLDS 1. During the second engagement with OLDS 1 in the defensive position, the pilots failed to terminate the engagement upon reaching minimum engagement altitude (hard-deck for the purpose of flight training) and entered into a series of slow speed maneuvers. TACO 81 entered a position from which it could not recover and LT Torrez ejected outside the envelope for safe ejection, sustaining fatal injuries.

On that very strange Wednesday, members of Naval Reserve SEAL Team 1/3/5 and SEAL Team Five Training Cell were conducting orienteering and other training on the ground  on the Nellis AFB range in the Delamar Mountain Range, in Lincoln County, Nevada. The range extends for approximately 50 miles in a NNE–SSW orientation with a width of about 11 miles. The sailors witnessed the crash. The body of LT Torres was recovered at the crash site.

Nobody goes there  anymore but there is still wreckage of the aircraft scattered in a debris field that can be examined if you have an interest.


Every year, there are a lot of young men (and increasingly women) who die in service-related accidents. Their equipment is designed to operate right there on the edge, and sometimes conditions or errors in judgment occur. In combat, friendly fire often accounts for deaths as it did to General Thomas (Stonewall) Jackson outside Chancellorsville during the war of Northern Aggression/Civil War. It’s not new. If you are in the service long enough you will have friends or people in or under your command die. Sometimes they’re injured seriously.

There are not medals or heroic tales of daring and high drama. People die every day to keep all of us doing what it is that they do. And they have been doing it for a very long time.

Today in America, the Supreme Court has declared the Constitution unconstitutional, and declared itself to be an unelected super-legislature able to legislate wherever and whatever it will for any reason it will. Barack declared himself able, with a a pen and a phone, to make laws as a second super-legislative body, and to have the discretion not to enforce any laws for whatever reason it sees fit, or for no reason.  By usurping power not granted to them under law, they are operating as outlaws, but are buoyed up by their own corrupt minions and by a news media that lauds every filthy bit of behavior. The president himself has worked hard to shield members of a hateful cult from the consequences they would face in any normal world, and works daily to undermine our relationships in the world.
It is possible that the FBI will announce that the laws which bind all other officers of the Federal Government regarding security and secrecy of documents do not apply to Hillary Clinton. We know that former President Bill Clinton met secretly with the Attorney General to facilitate that action. Maybe the FBI will have a backbone and maybe they won’t. It won’t be long until we see what they’re worth.
Our Congress has ceded its law-making authority to anyone who wishes to take it up. There is no passion, there is no outrage, there is only process and procedure designed to insulate bureaucrats from accountability and responsibility.
Yet brave, intelligent young men and woman still serve on that front line, and they die either as a result of combat, equipment failure, or errors in judgment to keep the remnant of the republic safe from forces which would destroy it.