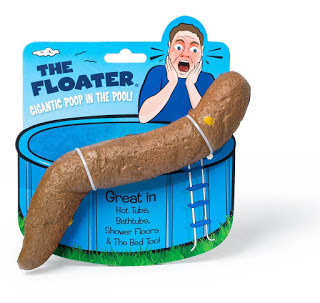 Facebook
Twitter
Pinterest
WhatsApp
It’s summer and that means BBQ’s, tacos out by the pool, beach days, and late night sun. It’s all fun and games in countries where communism isn’t the rule.  Consumer goods line the shelves, there are open air markets, restaurants deliver delicious meals – we take it for granted. That’s just how it is.

If you’re a communist, the summer experience is more like the picture (right).

Summer in North Korea means that you can work in the fields longer for food that somebody else will eat. You won’t be compensated for that, but hey, everyone is a comrade. Everyone is equal but some, such as the over-fed dear leader, are clearly more equal than others.
Everyone expects the Norks to starve because that’s all they’ve done since the communists claimed power. The rest of the world is a different thing. We don’t expect people to starve (unless they’re in Africa).
For the last twenty years all anybody in Venezuela talked about was politics. Over expensive meals, black label whiskey and cold beer on street corners the endless debate raged: revolution, popular democracy, participatory democracy. Conspiracies, the empire – planning; oh, the endless planning. Then came Hugo Chavez and communism…which we all knew was the beginning of the end. Are we all a species of Cassandra (prophetess blessed to see the future but cursed that she would not be believed)? Apparently that is the case. It takes a mighty poor prophet to predict that communism/national socialism, whatever the name, to impoverish a nation.

The only thing people talk about in Venezuela today is food. Where can you find milk? Has anybody seen eggs? Cheese, butter, chicken – these are the topics, on street corners in front of boarded up kiosks where the drunken debates used to rage. The beer is now gone, and sobriety is a heartless companion. It’s humiliating, but hungry people don’t have the luxury of pride.

It’s the poverty of Marxism. Harvard professors still teach Marxism as though it was the gold standard – although they call it socialism these days. President Maduro of Venezuela praised Bernie Sanders for being the voice of  both true national democratic socialism and the workers. (In Germany, in the 30’s and the first part of the 40’s Hitler called it his National Socialist Worker’s Party – but it’s not politically correct to refer to Sanders – or Clinton in those terms.)

The Hollywood crowd love to talk about redistribution. They haven’t yet told the people of Venezuela what to do when all the money in the universe will not buy a loaf of bread. Communism has built land of consumers, nobody is left who can produce. George Clooney isn’t there to experience the reality that: orders and threats and storm troopers cannot turn that money into milk and butter and eggs. That is – and always has been – the job of free citizens.

Venezuela is a communist/socialist Sanders utopia – and there are no more free citizens. It’s Atlas Shrugged in action. And even though there is a free college education for all, the people of Venezuela have other problems at the moment, distracting from their studies…because you can’t study effectively when your belly button is stuck to your backbone.

Put that into your pipe and smoke it, Bernie.

The Mainstream Media don’t have much to say about people starving in Venezuela (awash with oil) who are living the dream that is democratic socialism. I wonder why?