President Barack Obama is not happy with the way the American Government works. He’s very comfortable telling his constituents that and expressing his intent to go around the system to rule by personal fiat rather than by working through Congress.  I think that’s going to become far more difficult for him if the Senate goes Republican. We’ll see what happens at the end of this year.
The Constitution was designed to lay out a system of divided government that would limit the power of a central government, because the Founding Fathers clearly understood that strong centralized power was almost universally bad in the long run.
Then, because it they had not gone far enough, they amended the Constitution with the Bill of Rights to limit government further, allowing more personal sovereignty to exist in the domain of the people. The Bill of Rights protects the people from the government.

Barack Obama will have a legacy – and it will read much the same way as Jimmy Carter’s has. Not at all flattering. Tags like, “greatest firearms salesman in American history”, “Red Lines”, “Putin’s Bitch” and “ObamaCare” will wrap him like anchor chain. 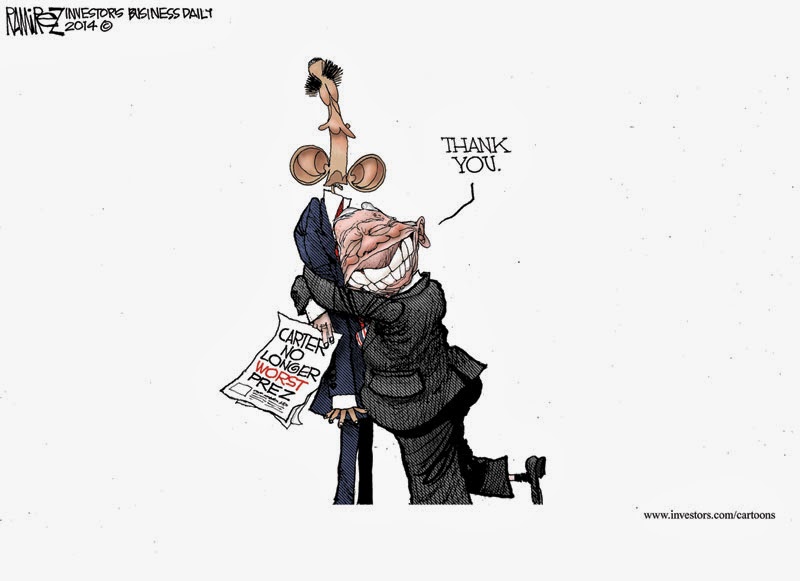