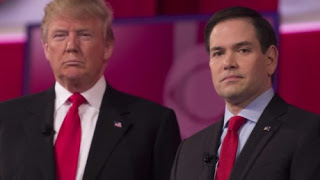 (Fox News)  Marco Rubio apologized to Donald Trump and will campaign for the presumptive nominee in his bid for the White House. Trump accepted his apology and looks forward to a productive relationship with Rubio. The plain truth is that Rubio is out of a job and needs a political path forward. Since Trump thrashed him like an unwanted step-child in his home state of Florida, going back to state politics may not be the best move since he is (soon to be ‘was’) a US Senator. The question for Rubio is what appointed job would work to keep him politically viable? Secretary of something, perhaps. Vice President? Maybe, but would he be a better choice than Gingrich? What about Gingrich as SECSTATE?
July 25-28 – The DNC 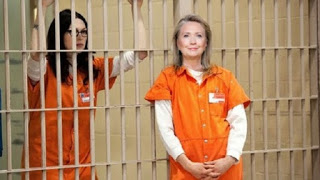 By all accounts, the deadline for the FBI coming out with a finding at the conclusion of their investigation of Hillary is the beginning of the Democrat Party’s National Convention.  I do understand that is two months from now, and as slow as the FBI is – they should be able to pull something together by then.
Or not — and we know that the Republic is finished and the rule of law is completely gone.
In other, but related news, Democrats (other than Barack) are no longer mocking Mr. Trump. Many of them seem determined instead to understand his appeal.  It would appear to obvious to anyone who stepped out of their limo – paid for at taxpayer expense – and chatted with their constituents. That may be too simple for a Democrat to understand and Hillary (who doesn’t drive a car) is far too gone to get it. I maintain that their biggest problem is that they will be forced to shift Hillary delegates to a person other than Bernie, who will go INSANE at the convention and whose supporters will revolt.

In an interview on Friday, Gov. John Hickenlooper of Colorado said he had purchased and began to read Mr. Trump’s book “The Art of the Deal.”  Maybe it’s too little, too late?