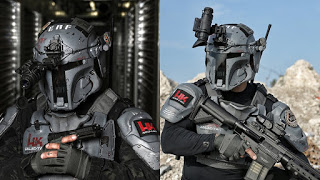 Facebook
Twitter
Pinterest
WhatsApp
Deutschland (Uber Alles) and the United Nations
Germany announced that it will begin to push for the EU to have a permanent seat on the UN Security Council. Maybe they should give up their seat on the UN Security Council (their two year term as a temporary member begins this year)?
Personally I find the UN to be a complete waste of time, money and space, and being an American nationalist, I don’t think that I want to give up one inch of national sovereignty to the UN. I don’t  care what the EU does. The British were correct to vote for BREXIT. The French look to be heading for a change of government that might even push for FREXIT.
NATO became a European scam to have the US contribute to their national defense, while not seeing to their own needs. Germany is a hollow shell militarily, their navy is a EuroJoke. Yeah, that’s how I see it.

What Will YOU Leave Behind?

(LINK) Read more at the link about Weewarrasaurus pobeni.

“We landed there first. Therefore it should be OUR Moon.” There are suggestions that the US treat the Moon the same way as the Chinese treat the South China Sea. No Chinese landers. This would mean bases, missiles, and a real mission for the US Space Force. (cue Pink Floyd)

When you consider that we left 5 base camps there fifty years ago, we have more claim on the Moon than the Chinese had on the South China Sea before they started constructing bases on reefs. I have a Starship Troopers classroom scenario running in my head for some reason.

Comparing the GDP of US States to Countries

Sometimes it’s interesting to stop and reflect on how the US relates to other nations in terms of GDP. Read about it HERE.

Even though the socialist system is alive and well in California, it’s not as evolved as it is in Great Britain.

America’s largest state economy is California, which produced $2.75 trillion of economic output in 2017, more than the United Kingdom’s GDP last year of $2.62 trillion.

Consider this: California has a labor force of 19.3 million compared to the labor force in the UK of 33.8 million (World Bank data here). It required a labor force 75% larger (and 14.5 million more people) in the UK to produce the same economic output last year as California.

California as a separate country would have been the 5th largest economy in the world last year, ahead of the UK ($2.62 trillion), India ($2.61 trillion) and France ($2.58 trillion).

Senator Mitt Romney (R-UT) lost to Barack. Some say that he didn’t try hard enough. He’s been trying hard to take shots at President Trump from some sort of faux moral high ground that he occupies. I voted for him once. TODAY, I wouldn’t vote for him as city dog catcher in Bayonne, NJ (or any other city).

He says that it’s a scam. Duh. More HERE. Take a moment to read his resignation letter in full at the link (excerpted below)

When I first joined the American Physical Society sixty-seven years ago it was much smaller, much gentler, and as yet uncorrupted by the money flood (a threat against which Dwight Eisenhower warned a half-century ago)…

It is of course, the global warming scam, with the (literally) trillions of dollars driving it, that has corrupted so many scientists, and has carried APS before it like a rogue wave. It is the greatest and most successful pseudoscientific fraud I have seen in my long life as a physicist.