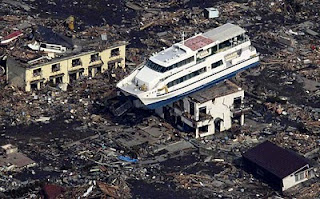 Reuters – Japan’s reconstruction bill from the damage caused by the 9.0 earthquake is pegged at $180 billion.
While that may sound like a lot of money, the Obama Administration spent $800 billion on a “stimulus bill” that did absolutely nothing. So perhaps we need to keep everything in perspective. The Obama Administration saddled the American people with $3 trillion in debt over the last two years and succeeded in driving up unemployment in the process. (Yes, it’s tough to do, but he did it. Is that why he received the Nobel Prize?) 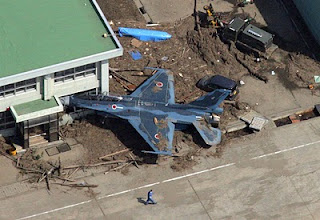 We could have decided not to spend the $800 billion in stimulus, rebuilt Japan, and we would have been roughly $600 billion ahead. It’s food for thought in light of the present tragic disaster in Japan and the present financial disaster in Washington DC – which is a tsunami by metaphor.
Senator Marco Rubio recently said, “I will no longer support short-term budget plans. While attempts at new spending reductions are commendable, we simply can no longer afford to nickel-and-dime our way out of the dangerous debt America has amassed,” (RedState.com) Rubio is one of very few who take this sort of stand in the face of the economic tsunami facing the United States. Most politicians prefer to “hope the problem will go away” and the President blames George W. Bush with the usual fervor – while waiting for former President George W. Bush to fix things in his ‘political theater of the absurd’. 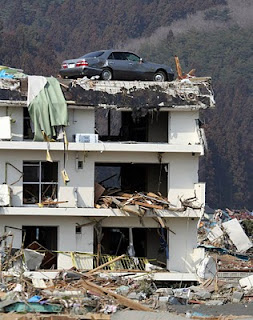 As we look at our friends in Japan, suffering with this horrible crisis, we need to consider that we have been handed a crisis (also of Biblical proportions) at home, and that very few politicians care one whit about it. Clucking your tongue and blaming somebody else, is not solving the problem. Promising to cut $6 or $60 billion in spending when you consider the debt we’re groaning under is — almost goofy. Yes, better $60 billion than nothing, but Obama spent $3 trillion over the past two years and we have nothing to show for it. I think we could grade the Andes mountains, fill the Amazon basin and pave it for $3 trillion. If we did that, we could point to our national treasure and say we did something with the money.
To US Legislators: You can avoid reality, but you cannot avoid the conquences of avoiding reality (Ayn Rand)