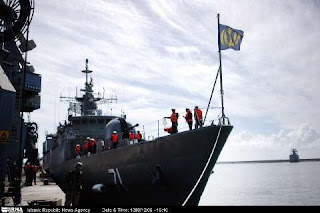 The Israeli navy intercepted the Liberian flagged ship 200 nautical miles from Israeli coast. Israeli Army Spokesman said that the “Victoria” originated from the Lattakia port in Syria and sailed to Mersin, Turkey. It was seized while on its way from Turkey destined for the El-Arish port in Egypt.
Israeli Navy commando unit took control of the ship early Tuesday morning, without a struggle, when it was around 200 nautical miles off Israel’s coast and towed it to the port in Ashdod. According to the IDF Spokesman Unit, the ship was carrying “tons” of concealed weapons that are allegedly destined for Hamas in the Gaza Strip
Security source told Fox News that the ship was monitored and tracked for the past few days, and while the time was right, on Monday night, Israeli Prime Minister Benjamin Netanyahu authorized the operation.
A joint statement from the IDF and Israeli Foreign Ministry said that German officials have been alerted of the ship’s seizure, as the ship belonged to a German company. Liberian officials have also been alerted due to the Liberian flag on the ship. The operating company of the ship was from France, and thus French officials were also made aware of the situation.
This is not the first time that Israel has seized a ship carrying concealed weapons. The most famous incident was in 2003, when the Israeli military seized the Karine A, a vessel with 50 tons of missiles, mortars, rifles and ammunition headed for Palestinian militants in the Gaza Strip. 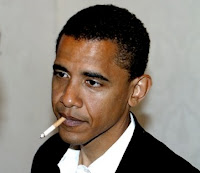 COMMENTARY:  Is it coincidence that several weeks ago the Iranian Navy docked two ships in Lattakia, and today the Israeli Navy seized a ship from Lattakia full of arms heading for Hamas? You be the judge. Pravda Reports that the Kharg and the Alvand were the first Iranian ships to pass through the Suez Canal and into the Med since 1979. The Russian news agency commented, “Their passage into the eastern Mediterranean comes as the Arab world grapples with a vast wave of protests that is radically changing the political landscape, and leaving Israel increasingly concerned about its security.”
I haven’t heard of any outrage coming from the White House over this – and I’m not holding my breath.