Ukraine – More thoughts on the matter. 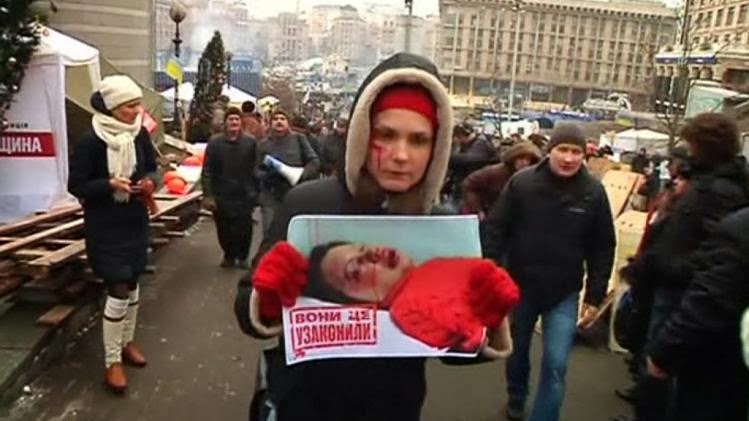 Facebook
Twitter
Pinterest
WhatsApp
Are the Germans manipulating events in Ukraine? I realize that by suggesting this, I am going out on a limb, but from my perspective, their fingerprints are there to be seen. They do have a horse in the race to de-fang the Russians, and this is one way they can do it and get away with it.

Cynics will suggest that the pro-western unrest in Ukraine has been timed to coincide during the Olympics (Russia’s coming out party) when the Russians would be less likely to condone aggressive suppression methods.

The security situation worsened in Kiev as violent protests escalated, including demonstrators reportedly kidnapping policemen; the killing of up to 70 people and allegations that violent unrest has occurred in 16 cities. Both sides escalated the street confrontations.

Euronews reported all incidents of new unrest have been in cities west of the Dniepr. The east, it reported, remains calm.
The Ukrainian electoral map from the February 2010 presidential election helps put the protests in perspective. The oblasts west of the Dniepr River, except Carpathia, voted for Yulia Tymoshenko. The River divides Kiev in half. Most districts in Kiev voted for Tymoshenko. However, all the oblasts east of the Dniepr, including those in Crimea, voted overwhelmingly for Yanukovych.
When the votes were counted, Yanukovych won clearly, which means the pro-Russian Ukrainians turned out to vote in larger numbers than the pro-Western Ukrainians. The election was close, but the point is that it showed the profound polarization or bifurcation of Ukraine. That raises a question: where are the pro-Russian Ukrainians in the demonstrations? Central Kiev is on the east bank of the Dniepr River in Yanukovych territory, but his supporters have remained at home, almost certainly under orders.
Russia has many mechanisms for manipulating events in Ukraine, most of which it has not applied. For example, one pressure point is Ukraine’s reliance on imports of Russian oil products to keep its vehicles running, according to the US Energy Information Administration. 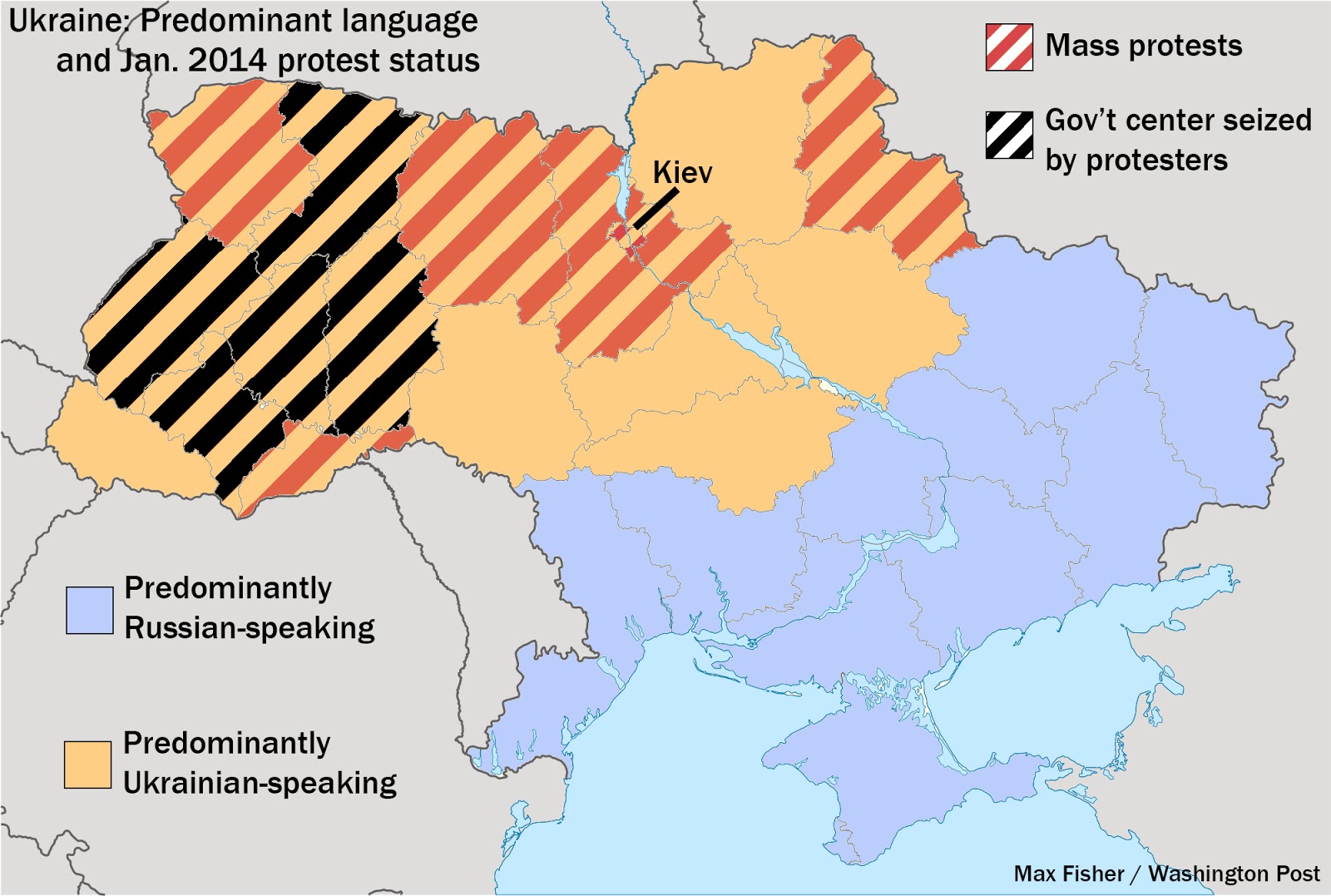 If you look at the map, above, Sochi, site of the 2014 Winter Olympics, is roughly where the Washington Post logo is on the bottom right of the graphic. I suspect that as the Olympics draw to a close, so will the protests as Russia calls a time out.