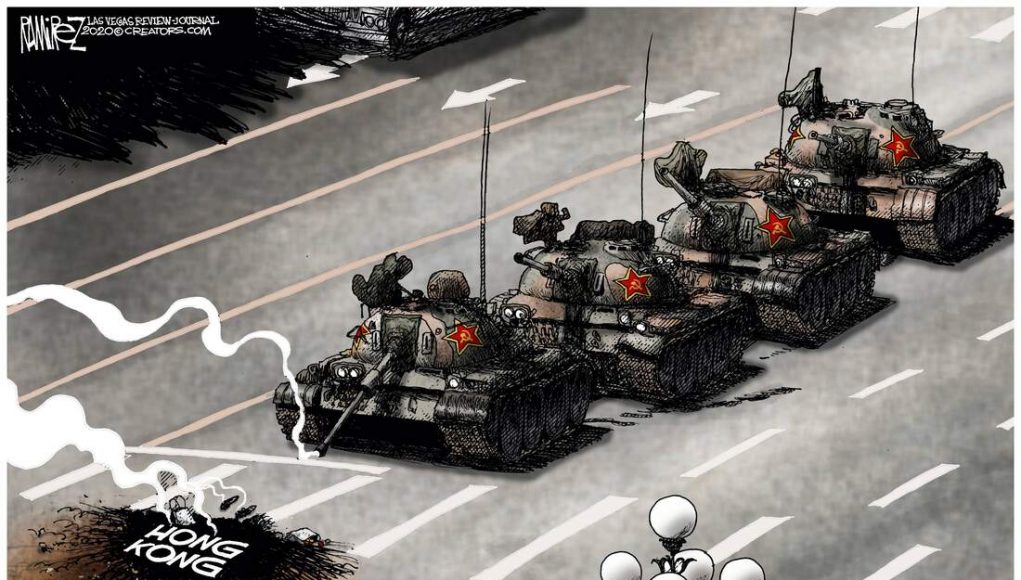 -A Chinese company celebrated the People’s Liberation Army’s day with US aircraft carriers. If the US and China were at war, which one would Chinese people support?

-The US seeks to remove Chinese apps from American app stores and American Apps from Chinese phones—a potential blow to Chinese phone makers.

-TikTok insists it’s clean and has no security risks. But its parent company back home appears to be under the thumb of the Communist Party.

The Chinese Communist Party (CCP) will remain in power so long as the People’s Liberation Army remains intact and disposed to prop up the Party. The CCP would not hesitate the army to go and clean out a city (like downtown Portland) if they were causing trouble and that would be that. It’s how they roll. There won’t be a situation where a man carrying groceries will lecture a tank, holding up a whole battalion of armor – and that tank won’t roll over him and grease their treads with his guts. That sort of thing has been ‘managed’ and the CCP has learned.

China has significant problems and a lot of them have to do with loss of manufacturing. Some of that has yet to be felt since the US Christmas Order never came in any meaningful way. But that’s just the tip of a much larger iceberg. The Chinese food supply, too, is in a difficult place, and that means more pressure on peasants to produce. And in the Chinese countryside, they still plow behind oxen. I’m not saying that it doesn’t work, but rural China is not living in the modern age. Then there are floods, locust, plague, etc.