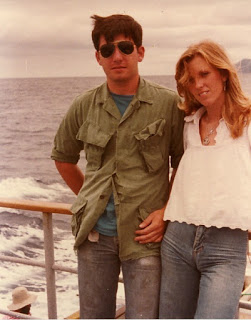 Facebook
Twitter
Pinterest
WhatsApp
Forty years ago, I lived in England, Scotland and Northern Ireland while a guest of HM Govt. The details don’t matter. Some may still be under the Official Secrets Act, but I’m not sure. One part is not. While living on the Islands, I found myself living in a flat, and in need of a television. At some point, I thought of renting one. The guy who lived next door sold/rented them and I discussed my need. He said, “You’ll need to get a license, won’t you?”
Huh? A license? For a television?
The whole live free or die thing never seemed to connect with the all so proper and law abiding British mind. But to a yank who never thought that laws were really meant for him…
Yes, back in that dim and distant time you needed a license, which I refused to pay for. But I finagled the television all the same. It was almost like buying drugs – an untaxed television. You picked it up out of the back of an unmarked lorry in an alley and hauled it home under a blanket. I recall being shocked when I plugged it in, adjusted the rabbit ears and it worked. I wouldn’t have to hunt down the bootleg TV guy and beat him within an inch of his life. (that was my mindset back then) So much for the trip down memory lane.
It turns out that in our modern age, you still NEED A LICENSE to have a television in the UK.  But Boris Johnson is trying to put an end to it. (more here). The BBC used the government-collected the tax to fund its operations, which is why BBC2 (in my era) had programming that nobody would want to watch. BBC1 was bad enough. There was a third channel, ITV, as I recall, and they showed American TV shows of the era including Kojak.