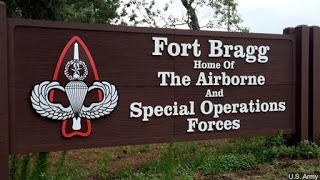 The slug line is:

I recall when he was murdered and a number of influential narcos were implicated in Camarena’s death. Some conspiracy theorists speculate that Felix Rodriguez was a CIA cat’s paw at the time, and that he had a hand in the murder.
It’s re-opened from time to time by different members of the media. DEA re-opens it as well and uses media flacks to spread the matter out to blow the dust off the file.
I’ve spoken in an official capacity to some of the people who were involved and have my own opinion on the Camarena situation that led to his murder and am not going to rip the scab off and delve on this blog. Suffice to say that the press (at the urging of DEA) are at it again.
Raphael Caro Quintero was charged in the US with being complicit in the death of Camarena. It’s a charge that he has denied. I called a guy who knows “Rafa” as I started this little article, and asked him what Rafa is up to. The guy told me, “Rafa is being rafa. He’s paying Mencho (largest drug kingpin in Mexico) protection and running his organization. His business is growing by default because of the power vacuum in Mexico. He’s throwing a big party next month and I’ve been invited.” Even when Rafa was in prison in Mexico, they’d let him out on the weekends and he was a regular visitor at narco parties in Sinaloa. There was more about Rafa’s family, one of whom is about to be extradited to the US, and so forth. So much for that. It’s not as though Rafa is hiding from the US Government or the Mexican Government.

The US Army officially announced today that it won’t re-name ten bases that were named for Confederate generals.  I can’t help but wonder if the re-naming effort might not have had more traction if we had a different commander-in-chief…one more ‘woke’. It was a battle that Obama didn’t want to fight, but times are changing with the more radical left gaining a stronger foothold in the nation.

“It is important to note that the naming of installations and streets was done in a spirit of reconciliation, not to demonstrate support for any particular cause or ideology,” the U.S. Army spokesperson continued. “The Army has a tradition of naming installations and streets after historical figures of military significance, including former Union and Confederate general officers.”