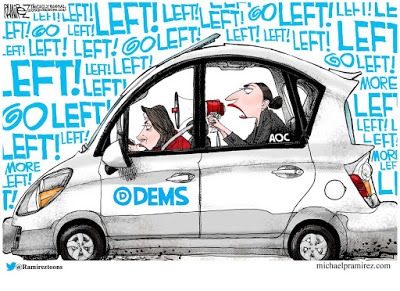 Facebook
Twitter
Pinterest
WhatsApp
Mail Call – “A Simple Solution”
Dan – It’s true that my solution worked in the past before the social justice warriors decided that “freeing” the institutionally insane was a great plan. And the Republicans went along with it because it saved money. Except that it didn’t, and it caused a great deal of unnecessary suffering along the way.
Kle – The feature films “Escape from New York” and “Escape from L. A.” were documentaries.
Dealing with the homeless problem will require institution to de-tox drug addicts and to try and re-integrate them into society and to deal with the mental illness problem (which often manifests itself in a portion of the drug-addicted homeless people). Releasing the insane onto the streets is not compassionate.
Trouble in Finland
As you may have read in the news, Finland’s government collapsed last week, primarily due to the cost of universal healthcare.

Prime Minister Juha Sipila and the rest of the cabinet resigned after the governing coalition failed to pass reforms in parliament to the country’s regional government and health services, the Wall Street Journal reports. Finland faces an aging population, with around 26 percent of its citizens expected to be over 65 by the year 2030, an increase of 5 percent from today.

Senator and Presidential aspirant, Bernie Sanders (I-VT), who has been hanging his Democrat socialism program  on the “success” of Finland’s socialist structure, was dealt a blow. However, like donkeys all over this great land, they won’t let Finland’s collapse get them down. They’ll keep proposing “free” solutions to vexing problems without being able to pay for them.
Western Europe and the US have aging populations that are putting more pressure on healthcare to manage the needs of those populations. However, everyone needs to look to their own needs and poor planning on one person’s part doesn’t constitute an emergency for the rest of the nation. A compassionate safety net is a good thing – but it has to be far short of universal healthcare for Americans and illegal aliens. Or, find a way to pay for it without the 70% tax cap that the donkeys are bouncing around.
The Green New Deal

With the Green New Deal, the donkeys who promote the idea, want the Federal Reserve to loan them $10 trillion as a down payment on the $100 trillion or so that it will cost to implement. What a plan! You know that $100 trillion would creep to $900 trillion or more before they were finished. That’s more wealth than exists on the entire planet, but that never stopped socialist visions of grandeur.
Is that what the American people want? Will the world end in 11 years as the AOC doomsday clock counts down?
Yes, I know that the Green New Deal died with the Senate brought it to the floor for a vote and not one single donkey voted for it.  But it’s still touted by the “Squad” of misfits in the House of Representatives as the future. And since they are the face Democrat Party now…it apparently is still in play.