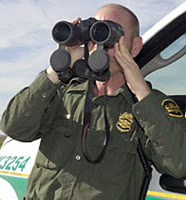 Facebook
Twitter
Pinterest
WhatsApp
It all comes down to leadership. Irrespective of the individual skill sets and investigative acumen of law enforcement agents/officers, the policies under which they operate are set by their individual administrations and ultimately by the President of the United States, chief of the Executive Branch of Government.
These articles on really bad decisions don’t come from the agents themselves but from the policy makers who circumscribe what they are supposed to do in order to complete their mission. Goofy leadership results in some seriously flawed policy.
US Border Patrol

FOX NEWS: Federal Agents are told to reduce border arrests (LINK HERE)
Cochise (AZ) County Sheriff Larry Dever told Fox News that a supervisor with the US Border Patrol told him that the federal agency’s office on Arizona’s southern border was under orders to keep apprehension numbers down…and their job was “to intimidate them to make them go back”.
Who came up with this hair brained scheme? I’m sure that it’s an Obama Administration appointee.
BATF
Michelle Malkin reports (LINK HERE)
The Bureau of Alcohol, Tobacco, Firearms and Explosives refused to produce documents for Congress regarding Operation: Gunrunner or to voluntarily provide any date for producing them. As a result, Congressman Darrell Issa, Chairman of the House Oversight and Government Reform Committee issued a subpoena to DOJ.
Why would Acting Director Kenneth Melson stonewall Congress?
FBI
It’s not as if the FBI doesn’t have enough problems. Now the Obama Administration wants to put a finishing blow on the principal federal law enforcement agency by putting Jamie Gorelick at the helm of the operation. You can read a well written pedigree of Gorelick’s dismal record (LINK HERE).